The official retirement banquet for Archbishop Drexel Gomez was held at the Wyndham Resort last month. In this photo along with the Archbishop is Arthur Hanna and Perry Christie.

Nassau, Bahamas: NOT A SINGLE MEMBER OF INGRAHAM’S ‘HEARTLESS’ CABINET SHOWED UP TO PAY TRIBUTE TO THE MAN OF GOD, WHO HAS REPRESENTED THE BAHAMAS AROUND THE WORLD!

Information coming to Bahamas Press confirms that Prime Minister Hubert Ingraham made an edict to members of his government to boycott the official retirement banquet of Arbishop Drexel Gomez which was held at the Wyndham Resort last month.

Bahamas Press was informed that not a single member of the FNM government attended the event nor did anyone represented the prime minister. “That was intentional we learned, and in fact members were advised to make a NO SHOW at the event,” a senior member in the FNM told Bahamas Press.

Ingraham’s dissaffection with the church began during the referendum back in 2001, when Archbishop Gomez along with members of the christian community in the weeks leading up to the referendum, roundly criticized the government for rushing nine constitutional amendments through parliament, “without proper, widespread consultation.”

Then Prime Minister Ingraham shot back at the church in a cold attack of disrespect. And from that date, Ingraham ‘cockeyed’ perception of the church in the country grew.

The gala banquet was held on Nov. 14th,  and as we said, NOT A SINGLE MEMBER OF THE INGRAHAM CABINET SHOWED UP. WHAT A NATIONAL DISGRACE! Ingraham should be a shame of perpetrating such a dastard act against a man of the cloth. And if the children in the cabinet could not attend a banquet for a ‘Prince in the Church’, CAN YOU IMAGINE WHAT OCCURS WHEN NATIONAL DECISIONS ARE MADE IN THE CABINET ROOM?

A crowd of approximately 800 persons attended the event, which was held at the Wyndham Crystal Palace Resort, Cable Beach, New Providence, Bahamas.  Attendees included:  His Excellency, the Governor General, The Hon. Arthur D. Hanna, former Prime Minister and current leader of the opposition, the Hon. Perry G. Christie and his wife, Mrs. Bernadette Christie, Bishops and Clergy from throughout The Bahamas, The Province of The West Indies and the United States.

The event was co-chaired by The Venerable I. Ranfurly Brown, Rector of St. Agnes Parish, and Mrs. Sandra Collie of Christ Church Cathedral. Mr. Idris Reid was the Master of Ceremony and Mr. Adrian Archer sang the National Anthem.   The Very Rev’d Patrick L. Adderley, The Dean of Nassau gave the invocation and blessing of food.  By special request from the Archbishop, Mrs. Verna Elcock sang “My Tribute”, accompanied by Mr. Preston Ferguson, Director of Music and Organist at St. Agnes Parish.

The Archbishop’s daughter, Mrs. Deborah Shearer, paid tribute to her father and spoke of the values that she and her three brothers were taught by their parents.   The Archbishop’s life-long friend, the Most Rev’d Gilbert A. Thompson also paid tribute.  This was followed by “a light moment” of entertainment provided by comedienne, “Miss Daisy”.   Further tributes and pesentations were made by Mrs. Ruby Nottage, Chancellor of the Anglican Diocese, The Right Rev’d Alfred Reid, Bishop of Jamaica and the Cayman Islands and others. Archbishop Gomez responded and The Right Rev’d Laish Boyd, Bishop Co-adjutor gave the vote of thanks.

Some of the 800 guests from around the Caribbean in attendance at the retirement banquet of Archbishop Drexel Gomez. With an orchestrated BOYCOTT of the event by the Ingraham government, not a single member of the Ingraham Cabinet attended the affair. 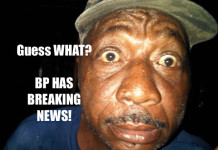 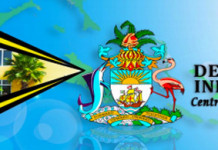