Nassau, Bahamas – We here at BP, in our second year of operation are appalled at the level of skill sets and knowledge of the people sitting on our behalf in the Mugabe Led Cabinet. We are disgusted with the “Mongrels” that sit at the table and make life and death decisions in the name of the Commonwealth of the Bahamas. We have never seen such a “rotten bunch of Eggheads” in our time. We are in a sad period in our in  National Development. We have “three blind Mice” in key Ministries that affect our daily lives and they do not have a clue. These three are: Vargo Laing, OAT Tommy Turnquest and Carl ” Undernourished” Bethel. We will take them in order.

Vargo Laing– that is the pet name that Mugabe has for him, in fact he is a “Mini Me”. He has taken on the characteristics of Mugabe- Ingraham. Vargo, this is not cute, Mugabe is uncouth, vile, repulsive and ignorant. This is not a person to emulate.

This “Mini Me” who is the Min of State for finance is so naive that if he had two thoughts in his head that were his, he would be the genius in his family for the next five decades. He said two years ago that we were not in a recession when the world was in a recession.

The important point we want to make here is the way he in particular and the Govt in general has been handling the OECD matter and the Grey Listing of the Bahamas. He has been dragging his feet and the Bahamas cannot seem to find six Countries to sign tax agreements with to get off the grey list. Well, BNP Paribas, a large French Bank has decided to pull up stakes and leave the Bahamas because of the grey listing and the Govt’s slow response.

High paying jobs will be lost and the Spanish banks are right behind ready to pull out. Vargo, get your head out of Hubert’s Butt and do something, anything in fact, even leaving and going back to the church would be better than what you are doing now.Please go and sell your Mona Vie.

MY my, what a sorry state to be in, Tommy does not seem to be in this world but has passed on to the next. We watched him yesterday on the news and clueless is to kind a word too describe him. He is spaced out. We said here previously that a fish rots from the head. We said this about Tommy and the COP. THEY BOTH MUST GO in order for law and order to prevail in our land. They are devoid of ideas. Their solution to crime is to stop the crab vendors and phone vendors, while they let Real Criminals out on bail.

Tommy said the the schools do not need policing because the Principals and teachers can take care of the situation, well blow me down. Most of the teachers are females, these students can beat up the entire staff. Tommy and Ferguson, get a grip on reality, take your head from between your legs and GO.

Now we save the best for last. Our dear Brother Carl, please demold your head and get with it. This is the man who said in Parliament that the Children were being “Buggered” because they were hungry. We do not know what you been smoking, but even if the Therapist said this to you, you should not say this in public. Shame on you. This is dereliction of duty on you and the Social Services Ministry. What happened to the School Lunch Programme?.

You cannot get the schools opened on time, you do not have sufficient teachers and you have Molesters on the payroll. Please go Brother Carl, spare us your continued presence.

Where is Birbal anyway, Minister? Your son could get ” heads” at school and nothing happened to him, no wonder Birbal could get away with what he did. We will revisit Birbal at another time Minister.

We will now put out a challenge to the other Wutless Ministers and put them on notice that we are coming after them and will expose them. Also, in the interest of fairness, we will highlight the Ministers that are working and making a difference, which is very difficult to do in a Mugabe led Govt.

We are so concerned for the Country, that we feel that these three blind Mice must go  and go now. 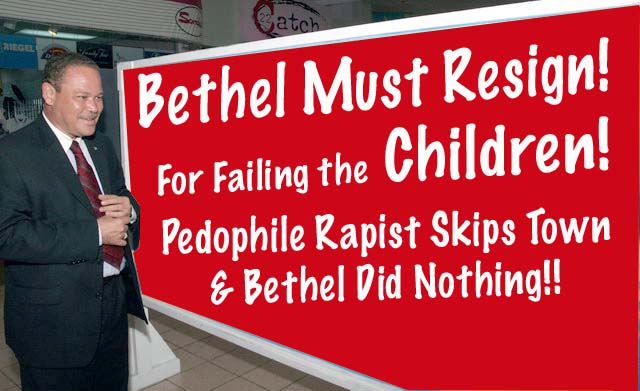