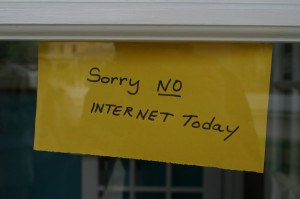 Hatch Bay, Eleuthera — Our Bahamas Press satellite agents in Eleuthera are reporting that residents to the island are feeling like they are living in similar conditions the Eleutheran Adventurers faced when they founded the first settlement in The Bahamas back in the 1600’s. With the recent celebrity blitz of Nick Cannon and Mariah Carey’s wedding plus Tyler Perry shooting; Why Did I Get Married 2, Eleutherans say it will be a national embarrassment for common tourist and celebrities to come to the island and see that it’s not the paradise, they expected it to be.

In the north, our team visited Harbour Island and can found residents living on the island voted top in the Caribbean with empty freezers and fridges. It’s not that Brilanders can’t afford food but rather because they are afraid of purchasing meat and dairy products that will spoil now that BEC has had them without power daily. Our team faced a three hour blackout and met Brilanders who said that the power had been off for intervals that lasted up to almost two days! To pour salt in the wounds, their electricity bills have tripled!

In the central part of the island, Hatchet (home of House Speaker Alvin Smith) the BP team met concerned residents claiming that the reason the BEC shortages are so frequent is because BEC employees working in that area have been selling 55 gallon drums of diesel and gasoline for their own profit. Bahamians who know the island of Eleuthera would be aware that Hatchet Bay is a major port on the island for boats.

To the southern end of the island in Tarpum Bay, home of former House Speaker Oswald Ingraham and ancestral ground for other political heavy hitters like Branville McCartney and Perry Christie, yet another crisis is hounding Eleutherans. Here, BP’s team saw for themselves that islanders have no water for long periods of the day and sometimes a drizzle at the pumps lasting for two or three days.

Of course, BTC telephone lines are crossed in some areas and just plain off (along with dropped internet) other times. Not sure exactly what is going on in Eleuthera, but according to residents, the Isle of Freedom needs to get back to being and isle with modern amenties.

Added with all this is the fact there is no ZNS 1540AM and no Cable in parts of several islands in the country. Now picture this since the copper bandits stole all that equipment out of ZNS towner no family islander could hear or recieve news as to what is happening in the country. This is incredible!

If there was ever a time we needed CHANGE it is fact we need it now!