They say God works in mysterious ways. If so, Atlanta-area preacher Eddie Long’s gotta be wondering what’s in store for him in Dekalb County Court. Long, who helms one of the world’s largest and most prominent black churches, was hit with three lawsuits in three days this week from male congregants who charge him with being a sexual predator. Of course, there’s a backstory: Long has been among the nation’s most outspoken black critics of both gay relationships and LGBT civil rights; it’s long been conventional wisdom in the black gay community that his homophobia is directed inward primarily.

Long says the charges are bogus; blogger and reporter Rod 2.0, who covers black LGBT issues, points to Atlanta sources who expect more suits to follow. But a trial is already raging in the court of public opinion. By Thursday, Long’s name was a top-trending Twitter topic and a “hot topic” on both the Washington Post and CNN.com.

Whether all of this is the devil’s work or divine justice depends on who’s talking. Long’s supporters are rallying around the married father of four. “The Lord has called you in righteousness Bishop and will hold your hand,” one of the church’s 8,000-plus Facebook fans wrote. “It’s WAR time and your New Birth family is standing by your side.” Celebrities ranging from Tyrese to Ted Haggard have lined up behind him. He’s expected to address the charges before his 25,000 members this Sunday.

Outside the church walls, however, many who have been on the receiving end of Long’s anti-gay rhetoric can’t contain their told-you-so glee. Pam Spaulding summed up the case on her popular LGBT blog this way: “Homobigot mega-church pastor ‘Bishop’ Eddie Long’s long-alleged secret same-sex life was brought to light.” Twitter is abuzz with snarky, off-color jokes; one Tweeter quipped, “The choir at Bishop Eddie Long’s church will be singing Antoine Dodson’s ‘hide ya kids’ at this Sunday’s service.”

All three of Long’s accusers say they were minors when the bishop seduced them. In the most recent suit, Jamal Parris charges he was 14 when the affair began. Lawyer B.J. Bernstein released the suit alongside cell-phone snap shots that Long allegedly sent the youth. They show him posing in bathroom mirrors, showing off his muscled bod in tight lycra outfits; the emails are signed “Eddie L. Long, Amazed by His Grace.”

That’s not even the most lurid detail. Parris’ suit reads like a 1970s gay chapbook, and it reveals much about the self-hate that keeps too many black men cowering in the closet.

Parris was a member of Long’s youth fellowship, which “purports to train young men to love, live and lead as they proceed on their ‘masculine journey,’” the complaint reads. As in the other suits, Parris charges that Long used his role as a “spiritual mentor” to establish a unequal sexual relationship, which began with a “Covenant Ceremony” in which Parris was made into one of Long’s “Spiritual Sons.” It’s as if Long was building a cult around the pantomimed power and masculinity in which he had already trapped himself; he plotted to pull those he believed to be weak into that abyss with him.
Parris and his mom joined the church in 2001, and Long immediately stepped into a role as Parris’ missing father figure, the complaint says. He got the kid a job at the church, put him in the youth choir and, after a few years, started asking Parris to hang around for one-on-one time and call him “Daddy” (so much for “bishop”). The groping and oral sex started soon thereafter, the complaint says, accompanied by scripture lessons on why it was okay. If so, “Daddy” Long was apparently reading from a different Bible than the one Bishop Long repeatedly cited to declaim gay relationships as “broken.”

All three suits charge Long lavished the teens with luxurious gifts—paid for out of New Birth Missionary Baptist Church’s coffers. “Defendant Long’s Spiritual Sons are taken on public and private jets to U.S. and international destinations, housed in luxury hotels and given access to numerous celebrities including entertainment stars and politicians.”

Which begs the deeper question: What’s a pastor doing wallowing in these kinds of riches in the first place? Long’s flamboyant prosperity ministry justifies his exuberances. But it may have also been one more balm for the internal pain he’s combatting. Material worship is not an uncommon palliative, after all, nor is it limited to people battling to repress and conceal their true sexual selves. When you can’t handle the internal turmoil, it’s much easier to conquer the external world—or at least wear enough silk suits that it looks as if you’ve done so.

Like too many pastors, Long also uses his ministry to impose a rigidly gendered world. Setting up youth ministries to teach boys about their “masculine journey” is emotionally abusive enough on its face, never mind whether it was used to facilitate sexual abuse, too. And like the homophobia too many black pastors still spew from their pulpits, the gender rules they put in Jesus’ mouth are no doubt an effort to conceal internal chaos with external certainty.

It should be noted, however, that Long’s homophobia is today exceptional among black leadership. Some civil rights leaders were so appalled by Long’s history that they refused to enter his church for the funeral of Coretta Scott King, who was an outspoken supporter of equal rights for LGBT people and respect for gay relationships. While Long was leading a march of thousands to oppose same-sex marriage, the overwhelming majority of national black community organizations stood as strong supporters of gay civil rights.

Long will have his day in court on the charge that he misappropriated church funds to seduce teenage boys. But regardless of whether he’s guilty of those crimes, he’s plainly guilty of working against black America’s long search for peace around sex and gender. Ultimately, we will arrive at that peace as a community in spite of him, just as many of us have found it as individuals. I pray Long gets there too. 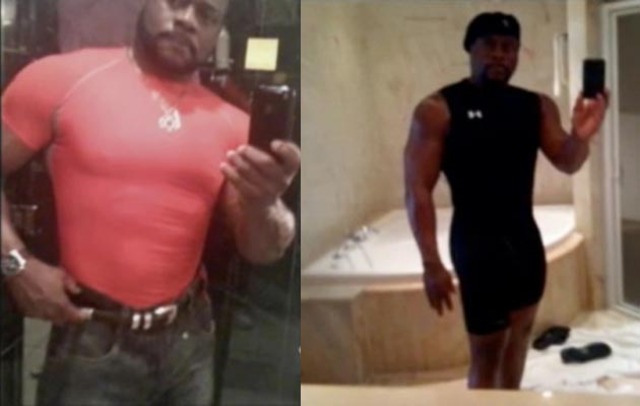