It is amazing what different impressions different people get when reading the same thing. And every time I write it seems to bring enough fodder for several more articles.

There are three statements which I feel should be dealt with. It has been said that I am racist because they say I don’t like Chinese. This is absolutely stupid. I have nothing against the Chinese people; in fact, some of my life-long friends are Chinese. I simply speak of the “Chinese Government” which has recently been injected into the Baha Mar equation.

My comments would be the same if any Government American, Canadian or British … were given the opportunity of taking over an essential part of the Bahamian economy. But I especially object to the Chinese Government because they are Communist and we are (or are supposed to be) democratic. Their way of political life is diametrically opposed to ours. And we want them to own a large portion of the industry which runs the economic engine of the Bahamas? I say NO, a thousand times NO.

The next point that was made was that I am always critical of Ingraham or the FNM and never of Christie and the PLP. Amazing! Every programme from the Crystal Palace fiasco to the Baha Mar proposal was started by the PLP! The only part of the article which referred to the FNM was the piece of the Baha Mar project where the Chinese Government was injected. And that was injected by the FNM.

The fact of the matter is that I don’t like Ingraham because I don’t trust him. But what has that got to do with my comments about the economy of the Bahamas? As far as I’m concerned, both the PLP and the FNM are like two peas in a pod when it comes to the development of the Bahamas. Their views seem to be the same. I differ. So what’s so hard about that? This is still a democratic country, is it not? Or do we have a Communist dictatorship already, where you’re not allowed free speech?

Some time ago Mr. Paul Moss Jr. compared our present day leaders to real estate agents where there is one land deal after another. I beg to differ with Mr. Moss — real estate agents make land deals and sell the land. Our present day leaders are like Santa Claus; they give everything away. Just think, Santa wears red and has a guttural laugh; Santa’s helpers wear yellow.

I only have one piece of advice for Mr. Ingraham and that is this: if he decides to put the Bahamian economy and its people in bed with the Chinese Government, please make sure we’re well covered.

The next point was the only constructive one. They say “you say what’s wrong, but what is the answer.” My friend Sir Cecil Wallace-Whitfield said that a good lawyer always knows the answer before he asks the question. I am not a lawyer, but I take good advice.

We always admire beautiful buildings, but seldom think of how they were built. Firstly a plan was drawn. Then a simple 8″ x 16″ cinder block was laid, followed by another, and yet another, and before long, before our very eyes stands a wonderful structure. But it was created by many small blocks. And those are the two words, “many” and “small” that create the solution.

So we don’t have any difficulty getting the foreign investment here; our problem is keeping it here. Yes, keeping it here. For every dollar that is spent here by a tourist, at least 85 cents goes out to buy food, souvenirs, T-shirts, etc. for that tourist. That’s right folks, we’re creating employment in other countries, not our own. And this is the problem.

For the twenty five years I was in Parliament, I spoke of this. Since people seldom listened to the Parliamentary debates, and most of the reporters apparently didn’t understand them, I’ll repeat it here.

We have, or had, four million tourists visiting our shores every year. If we could convince them to spend just $100.00 each on goods, made or grown in the Bahamas rather than goods made or grown in Japan, China or Taiwan, the result would be a $400,000,000.00 (four hundred million dollars) “foreign investment” in the Bahamas. Yes, that’s correct … four hundred million dollars. In three years it would mean a One Point Two Billion Dollar investment in the Bahamas. Not much less than the Chinese plan to spend here in exchange for most of the engine which drives our economy. In my plan we would not have given away a single piece of land, or a single asset.

I’ll let that sink in first, and then I’ll tell you how that can be done. Yes, four hundred million dollars!!! It’s simple. Stay tuned. 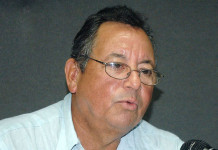 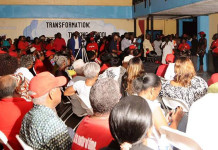 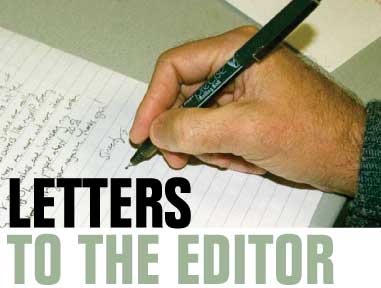