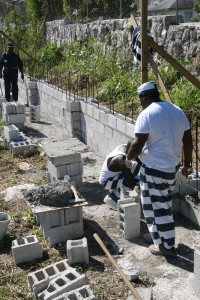 Despite recent revelations made by police, more than 30 people have fallen victim to a car purchasing and employment scams that are still allegedly being operated from behind prison bars by a seasoned scam artists.

Assistant Superintendent Michael Moxey, head of the of the Central Detective Unit’s Business and Technology Management Section, told The Nassau Guardian that dozens of complaints were filed last week.

Moxey said the slew of recent complaints come as police investigations into the scams intensify.

He said police alerted the public to the scams two months ago in hopes that fewer people would fall prey to the elaborate schemes.

But Moxey said more and more people seem to be answering the fake advertisements and handing over thousands of dollars, in some cases, to the convicted scam artist and his alleged accomplices.

In mid-August Moxey and his team revealed that the scam artist was allegedly behind the highly successful scams that have been uncovered by commercial crime investigators in recent months.

“We still have people coming into our office and filing complaints claiming they were victims of these scams,”said Moxey.”So we really need people to be aware because this guy is still out there taking advantage of people.”

According to dozens of complaints filed by alleged victims, in many of the cases a prospective employee would answer an advertisement and hand over their confidential bank account information, after being told by the scam artist by phone that the account would be used to wire a salary.

Moxey said the scam artist would allegedly tell the victim that he would have to wire their salary to the potential employee’s bank account. As a result, the unsuspecting victim would hand over private banking information.

Moxey that said once the scam artist obtained the information, he would seemingly disappear after draining the victim’s account.

After months of investigations, Moxey and his team believe the person on the other end of the phone line is the scam artist who is currently serving a five-year term for other fraud-related matters.

The convict was sentenced to a five-year prison term at Her Majesty’s Prison last year.

Police said they believe the convict is using a cell phone inside prison walls as well as accomplices outside prison to help him commit the crimes. The use of cell phones by inmates is prohibited and has long been a concern of police.