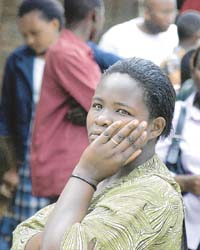 There are more hungry, unemployed Bahamians today than there was 12 months ago this same time.

BP are reporting the termination of over 20 workers at a major insurance company.

BP can confirm the workers were dismissed five days before Christmas; including staff in the administration section of the company.

This latest bloodbath on the workforce came just days before the termination of some 50 employees at a food store on New Years Day.

Ingraham told Rotarian in early December the economy is improving and said 2011 promises to be a better year, but already 70 workers have been axed and are now unemployed since his fragile announcement.