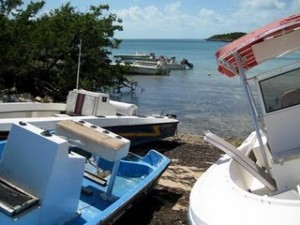 It is with great concern that I write this letter on behalf of the residents of Grand Cay, Abaco. For the most part it seems as though the residents of Grand Cay are not a part of the Bahamas because “nobody” checks for Grand Cay. The residents’ cries and queries seem to have fallen on deaf ears due to lack of interest, response and urgency to help these people by those in charge. Time and time again issues concerning this Cay have been brought to light, and not one has been rectified or addressed by those in position to do so. The main concern is the Cay’s water supply. The water supply has an unbearable stench that resembles the odor of raw sewerage. Moreover, the Grand Cay residents have had to endure this unpleasant odor for roughly a year now. The odor has gotten so severe that before one can turn on the faucet the foul scent has already diffused and spread through the entire room. This is the water locals and visitors alike have had to use to carry out daily activities such bathing, cleaning and cooking. Perhaps Grand Cay needs to emancipate themselves and become independent of this country that we call home; maybe then these residents will feel better when they are not receiving the help that they need.

Conditions such as these should not be prevalent in a developed country such as The Bahamas. Furthermore, from 1973 to the present I believe that the entire Commonwealth of the Bahamas ought to have a good clean supply of running water. Grand Cay has a functioning water system but it is not healthy so what is the use in having it? Some have resorted back to catching rain water in buckets to have a healthier supply of water. This, is not managed properly can lead to the breeding of mosquitoes. It is as though Grand Cay residents are living in poverty or conditions similar to the dark ages. Their state is no different from those living in earthquake ravished Haiti whose residents are living with no running water. The Bahamas had no earthquake like Haiti, so why are these people being forced to live under similar conditions.

How does the government of the Bahamas expect the residents of Grand Cay to continue living like this?

For too long there have been persons sitting behind desks (pencil pushers) who seem to disregard claims made by Grand Cay residents as false and stating that the water is good. Why it is that “no one” has ever come to test this water? There needs to be an assessment done to investigate the causes and effects of the unbearable stench within the water supply. I challenge any person who claims that the water is of good quality on Grand Cay, Abaco to come and take a shower first, better yet just turn on the faucet and then say the water is good.

It has come to a point where residents of the Cay are lost and do not know what to do or who to turn to. They have tried all means thinkable to rectify the problem and are upset that they have yet to receive any results. Many are fearful of the well-being of their health. Along with enduring the distasteful odor while cooking and cleaning, residents have been living with the fear of contracting diseases that may be linked to bacteria living within the infected water supply. They do not want to be like the citizens of Loxahatchee, Florida fearful of using their water because it was linked to brain cancer.

Because of the isolation of Grand Cay to other islands it is expensive enough to import water from islands such as Abaco, Grand Bahama or New Providence. One could only imagine the expenses endured if these persons were to contract diseases and have to be admitted into hospitals on these islands. The best option is to rectify the problem. Water can be without the company of humans but humans can only be without the company of water for a few days. With that said water is essential for all life on planet earth. Eliminate the possibility of all these negative affects and give the people of Grand Cay what is needed by them; clean, healthy running water.

As Bahamians we should emancipate ourselves from political slavery and put to bed the division between parties and citizens to come together to try and help one another. This is not the time to draw lines or barriers because of political beliefs. Grand Cay needs help. Residents are not too proud to beg and are in dire need for help because they cannot take it anymore. The Bahamian motto states, “Forward, Upward, Onward Together”; officials need to come together and fix this problem now. This needs to be a collaborative effort to help our Bahamian people because this is a serious issue.