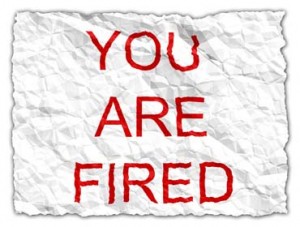 The programs and policies of the FNM show no imagination, competence and most of all, compassion for what we are experiencing at the moment. This Government announcement to deal with the jobs crisis and then the record crime wave have fallen flat and left most Bahamians cold! In contrast, we, the PLP, have sought to address both sets of issues by taking a more comprehensive approach that shows our compassion for the Bahamian people and our deeper understanding of the issues aNd challenges we all face. I need not recount what we have said and done but if we look back at our three-day summit on job creation and empowerment and our able Chairman’s response to the Prime Minister’s Crime Speech last week, it is obvious that we are taking a much more thoughtful approach to the issues that face us.

In case you missed it, our Chairman (Mr. Bradley Roberts) pointed out that ‘focused, enthusiastic and dedicated leadership is paramount to job creation’ and that ‘the FNM has failed miserably to deliver its 2007 manifesto promises’. He said that the ‘massive mismanagement of the economy has resulted in much pain and suffering as the levels of unemployment and under-employment in this country are staggering!’

Our Chairman also reminded us of the ideals and values espoused by the PLP and which remain at the core of our belief system. These include our sense of community, strong moral values, social justice and equality for all, which mean that our approach to crime will also be well-conceived and relevant to the situation. I need not say more about how the Government’s crime plan is ‘too little too late’ because the plan has been roundly and widely condemned. We, the PLP, must turn our attention to the remaining battle fronts that will decide the next General Election: for example, on Education (so far, the FNMhas been silent); the care of the Elderly (this social cost is likely to rise but is not an agenda item for the FNM and Healthcare (costs will definitely continue to rise but is not an agenda for the Free National Mess, either). For us in Grand Bahama, as if we don’t have enough to deal with, the issue of healthcare has raised its head as the costs (direct and indirect) of economic meltdown threaten to spiral out of control.

In Freeport, we are in dire need of a modern hospital. Instead, in its short-sightedness and its eagerness to show how out-of-touch they are, the Free National Mess has built a multi-million dollar office building to house Government offices. This money could have been better used to construct a modern and well-equipped hospital to deal with the pressing health issues of our time: dengue fever, diabetes, prostate cancer, colon cancer, obesity, etc. Of course, we know that an individual’s health is related to their economic standing and ability to access medical treatment for them and their families. Given that our economy here is depressed and has been so for a while, it figures that so is our ability to access good and cost-effective medical treatment. Coupled with the lack of modern facilities on the island, this means that an increasing number of people are finding themselVes unable to afford good treatment, if it requires a flight to Nassau or Florida. Sadly, this is the situation on almost every island in The Bahamas and is a disgraceful indictment on the Government.

If President Obama could get a divided country of more than 300 million to agree a health plan, then we certainly should be able to do so for a country of 300 thousand. The Free National Mess has brought its ineffective internal governance to the country, so now the country is in a mess, just like the ill-fated party! Whether it is the economy and jobs, crime and the general social degradation or the decline in healthcare provisions, the FNM has mismanaged far and wide. It’s appointed Ministers have shown themselves incompetent, inept and in some cases uninterested, so we are left to fend for ourselves and think through issues on our own. This is not a task for the people to conceive effective policies; it is something that falls squarely in the lap of Government!

So we, the PLP, should not be giving the FNM ideas about how to appear interested in the country in its dying days. Instead, we should be informing policies in our own party to ensure that when we take control of government, we will hit the ground running and not dither like this government has done. However, if the Free National Mess intends to pRomulgate more of its weak policies, then the Bahamian people can bury them before the ink is dry on the newsprint. If the FNM insists, then please let us hear their policies on issues such as those I outlined above, so we can critique them, starting with a much-needed policy on HEALTHCARE. The Free National Mess is also welcome to comment on its policies for URBAN PLANNING/DEVELOPMENT (especially in Nassau); EDUCATION – what are their plans to reverse the decline of our most precious resource?; the SOCIAL COSTS of the growing number of elderly people who need care and are placing stresses on families; how to reduce the NATIONAL DEFICIT they have so freely added to, as if they were drunken sailors on shore leave.

We wait patiently for the FNM to continue to show its ineptitude in handling these issues because this ineptitude will occupy center ground during the next Election. The continued mismanagement of issues will constitute the political battle lines that will determine the next Election and we cannot wait.