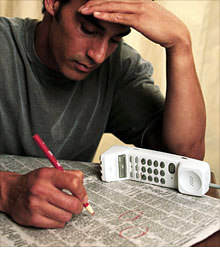 THE BAHAMAS lost a total 8,870 jobs in its construction and manufacturing industries between 2007-2010 as a result of the global recession, a United Nations (UN) Body has reported, with per capita GDP only now beginning to recover after four successive years of decline.

The UN’s Economic Commission for Latin America and the Caribbean (ECLAC), in its Preliminary Overview of the Economies of Latin America and the Caribbean report, said the Bahamas’ reliance on tourism had ensured the global recession’s impact on employment was “especially severe”, due to the immediate knock-on effects for supporting industries such as construction and distribution.

“Similar to the pattern in Trinidad and Tobago, the construction and manufacturing sectors bore the worst impact, followed by the tourism sector.

The statistics produced by ECLAC show that the construction industry’s share of total Bahamian employment dropped by three-and-a-half percentage points between 2007 and 2010. That position is likely to be recovering somewhat, though, given the start of the $2.6 billion Baha Mar project and spin-off effects for the rest of the sector.

The rapid construction industry decline is also likely to explain the relatively high level of male unemployment in the Bahamas, when compared to Barbados and Jamaica.

The Bahamas’ 2011 unemployment rate, of 13.7 per cent, was the highest of all Caribbean nations for whom data was produced.

“For the service-producing economies, namely, the countries of the Eastern Caribbean Currency Union (ECCU), the Bahamas, Barbados and Jamaica, the impact of the global crisis was especially severe as the slump in global tourism affected not only employment in that sector but also complementary activities such as construction and distribution,” the ECLAC report said.

“The sharpest spikes in unemployment during 2008-2009 occurred in the Bahamas, Saint Lucia and Belize, the first two of which are major producers of services.”

The ECLAC report also provided more evidence of just how Bahamian disposable incomes and living standards have been eroded by the recession, with per capita GDP having declined for four successive years between 2007-2010.