NIB dismisses employee after employee said he became suspicious that Cargill had something to do with his breakup!

Nassau, Bahamas — A senior executive at the National Insurance Board is once again making headlines in the media and this time is alleged to have abused his power by suspending an employee after he named the exec for the breakup of his marriage!

Documents shown to BP tell a damning story about Algernon Cargill, who is the Managing Director in charge at NIB.

Now we at BP don’t believe this one bit; perhaps if the story were the other way around we would, and have put our heads on the block.

The petitioner, Sean Moss, wrote to the court telling them that he could not get “piece” from his wife the “Respondent” and added in the court document that for days – when he couldn’t get none – “the Respondent [wife] used to constantly be speaking to a male voice on the telephone for hours after midnight despite the fact that the respondent was not communicating with your Petitioner.”

And what happened after the filing of the court documents is what caught BP’s interest, and moved us to open the 15th investigation at NIB.

Moss, who was at the time an executive officer in the Information Technology Department, was later handed a suspension letter dated April 30th, 2012 from the executive management at the Board.

Bahamas Press was shown a copy of that suspension letter attached below, which was clearly a reaction by the board following the shocking revelations out of the Supreme Court.

However, a quick reaction by the Public Managers Union officials in a letter dated May 8th, 2012 [See attached] forced a reconsideration by the Board as the general elections had just swept out of power the former government.

Then, some seven days after that letter by the PMU, Moss was asked to return to NIB but transferred out of his IT department and ordered to report to the head of the New Providence Offices/Family Islands Administration. [See letter attached].

Why was Moss suspended in the first place, and how it is no one in the new PLP Regime seeing this “naked abuse of power on workers at NIB” has sought to deal with the head at NIB?

Do they believe in Bahamians?

One must believe such naked abuses of power would be crushed, stamped out! Weeded out and burnt by people who are supposed to “PROTECT THE ORDINARY BAHAMIAN”!

Not with the new regime though…Misery loves company and Cargill is still large and in charge – and is sitting up big as Billy laughing at the PLP!

Boy I tell ya, if ya don’t laugh you will cry! 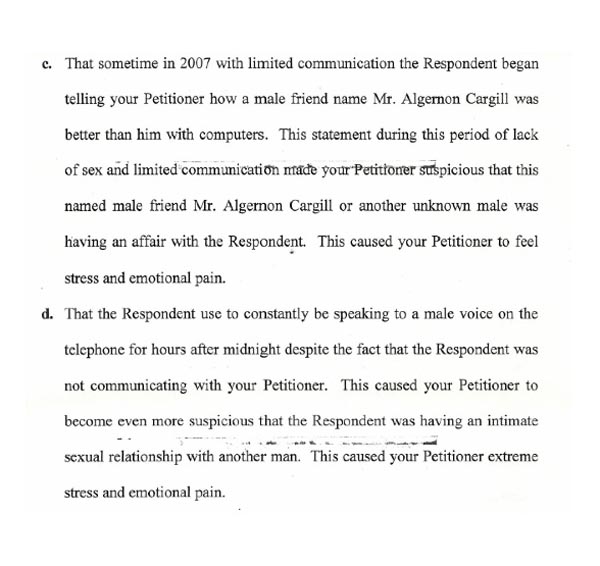 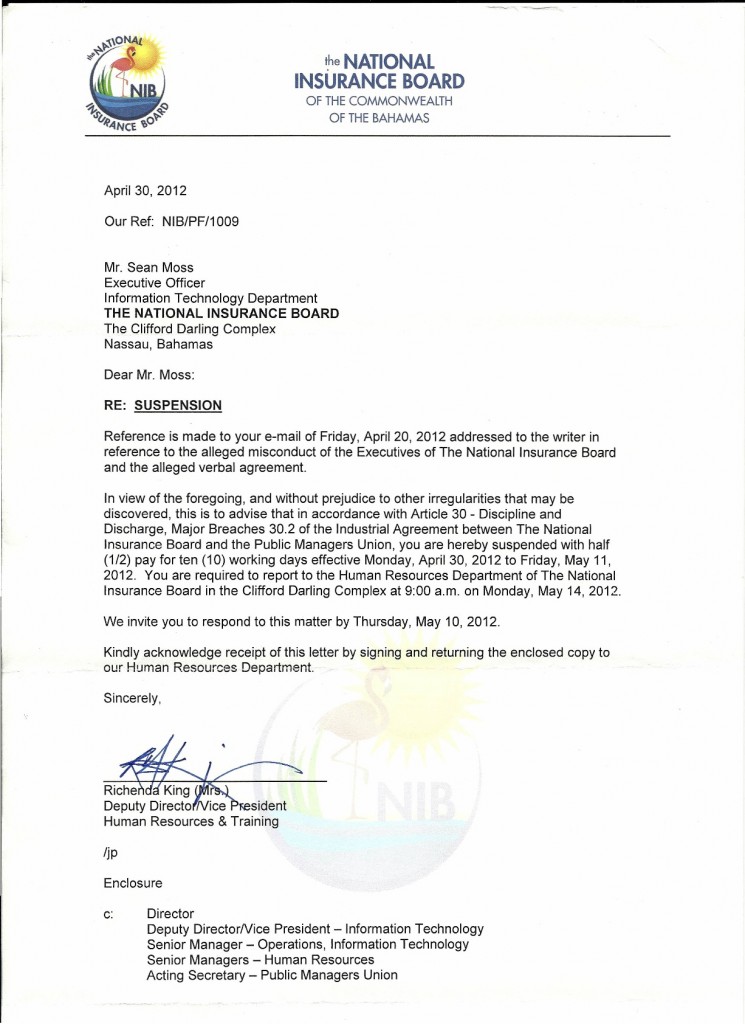 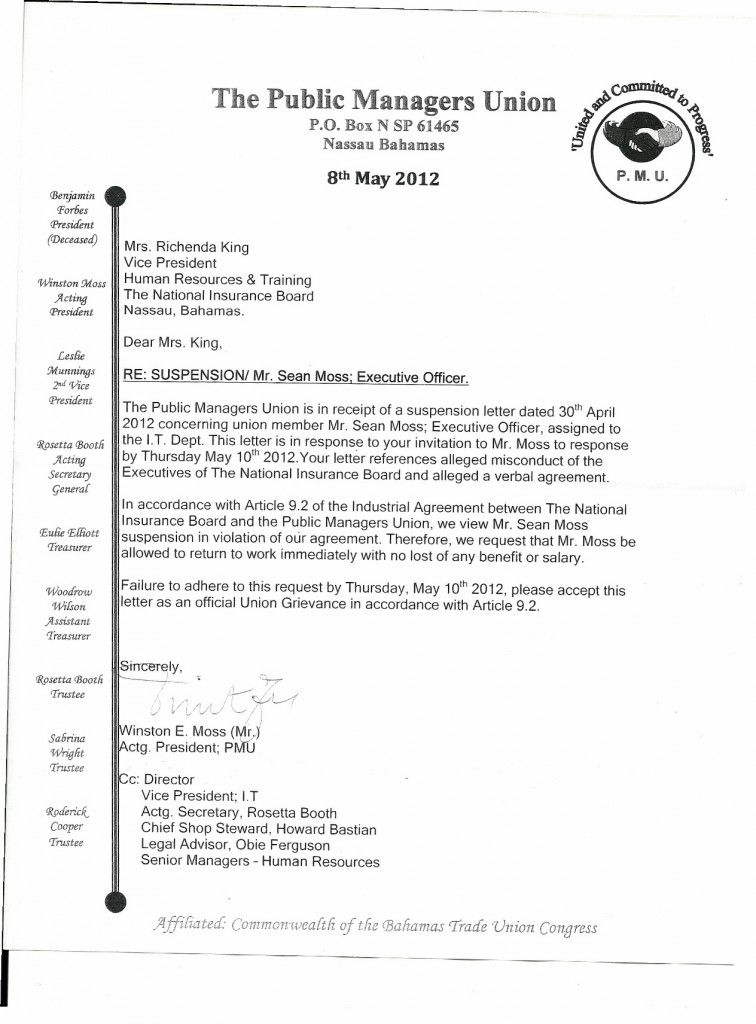 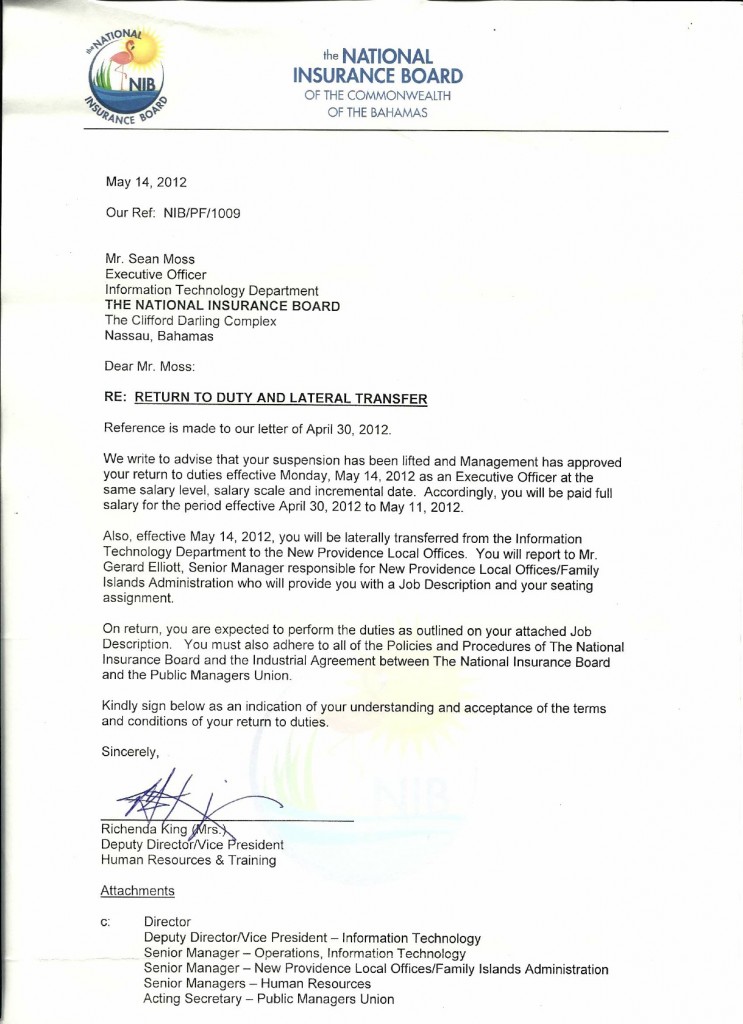 AD SPACE BROUGHT TO YOU BY THE ANCHORAGE AT ARAWAK CAY!