Greg Moss could place the PLP where Earl Deveaux threw the FNM – OUT!

Nassau, Bahamas — When the PLP began singing that beautiful ‘Gold Rush’ chorus leading up to the May 7th General Elections no one had the words NIB in their head.

No one was following up on the actions of the suspended Director nor was anyone considering the charges again the Chairman – the only thing the Bahamian people wanted to do at the time was vote; and vote they did.

Bahamas Press is becoming concerned about the advisors around Mr. Christie these days. They were wrong on the referendum when they failed to correctly advise the PM on the law, and here again in this developing saga at NIB there is bad words being put to the ear of the King.

Bahamas Press would suggest that what is good for the goose must be good for the gander. An investigation at NIB has led to the suspension of Algernon Cargill and claims against the Chairman Gregory Moss are leading people to also call for his suspension; but here’s the point.

No entity, government, organization, can hold a proper investigation on any matter while the persons being investigated are still sitting at the helm. This was done by Hubert Ingraham in 2001 when claims against Tommy T and Dion Foulkes speculated that both their hands were caught in the proverbial cookie jar.

Well, we knew what happened following that one-man investigation – the entire government was thrown out! Justice was never served and confidence never restored.

on bonuses out of NIB – Uhile unions members fought for what was due to them and pensioners were fighting to get their rightful benifits.”] 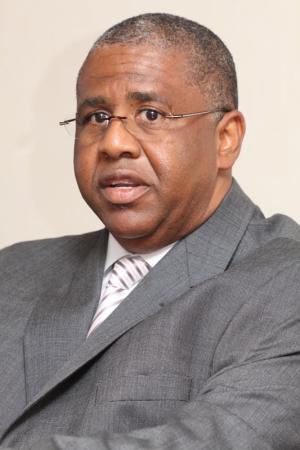 Some members of the FNM back then vowed never to return – and to this day they hold the party in contempt.

What if there is stonewalling at NIB by the top man down there where claims now lay at his feet? What if there is a meddling in the facts by those [THE BOARD] who lead the institution? It is clear and the Bahamian people are not fools. Our system requires transparency to the highest degree; and the latest claims against the Chairman should force him do the right thing and step aside to save his party. He should make way for an open transparent process of probing at NIB.

Mind you, we unequivocally support the decision by the NIB Board following their earth-shattering revelations about the director. But we ga say it again: Moss should also step aside and allow the process to take its course.

From where we sit the Bahamian people would not be disappointed as facts are stubborn truths and the claims by the Board will prove true. Just sit and wait.

You see we remember recently how a similar episode played out during the Ingraham Administration when helicopter joyrides and million dollar donations coloured the decision by the Environment Ministry to have a protected park dredged along Bell Island in Exuma.

When Bahamians discovered that the Minister was traveling up and down in the luxury helicopter owned by the owner of Bell Island to do his private business while he considered making an “illegal” move on the seabed – Bahamians were irate and called for the removal of Earl Deveaux.

Hubert Ingraham made the bold mistake by saying: “Earl Deveaux did nothing wrong” nor were his actions anything near warranting a removal from the table of decision [Cabinet]. [ For the record, Mr. Deveaux told the press that he offered his resignation as the matter unfolded, yet it was not accepted ].

And so the ball of bitterness and hate followed the FNM and today, again, they are outside in opposition.

When ya can’t listen and learn from history ya feel! And Christie knows the pain of feeling defeat oh too well.

The patience of the country is running thin on the matter and the people who hire men and women want decent, open, clear, decisive governance. Not shifting and shuffling, jiving and conniving. They want a decent and definitive decision at NIB.

Why must we go down this road with the PLP?

Another recent example – similar to this NIB debacle – was right in Perry Gladstone Christie’s Parish of St. Agnes. Does anyone remember what happened in that Parish when more than half a million dollars vanished like Houdini?

Archbishop Drexel Wellington Gomez made a clear decision to restore confidence back to the parish family and made it very clear that a lack of confidence in any parish become a threat to the Diocese. He knew also that his failure to quickly remove structures in place could stain his legacy as Shepard of the Diocese.

Almost immediately the Archbishop assumed pastoral charge of the parish and instantaneously suspended the vestry [The Church Board]. He appointed the Chancellor of the Diocese and two senior priests to oversee the daily management of the Parish until the new rector was enthroned into the Church. That’s leadership!

The Archbishop’s wisdom and experience schooled him to know that any attempt to keep the status quo could have destroyed the confidence reposed in his leadership, and, therefore, he guarded that trust to protect the property of the Church of England jealously.

What we see today happening down at NIB requires the focus of the Prime Minister. He should restore confidence in the Board and remove all elements where questions arise; otherwise, the Bahamian people will begin to seriously question the integrity of the Entire Cabinet in its collective role as managers in this saga.

And as we write all we could hear in our head is that powerful song leading to the May 7th General Elections – “GOLD RUSH”!