When it isn’t the workers at BEC it is people like Stephen Wrinkle – In Hubert Ingraham next? 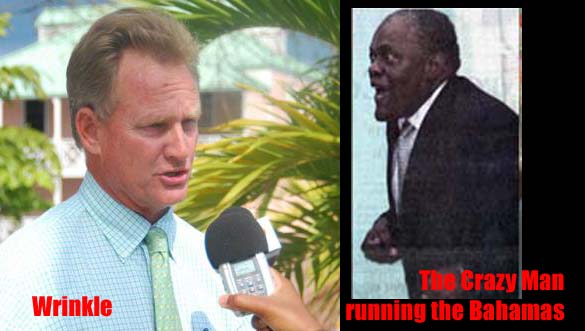 assau, Bahamas — When court #6 resumes on Friday, all eyes will be fixed therein to witness the sentencing of former President of the Bahamas Contractor’s Association and President of Wrinkle’s Construction and Development, Stephen Wrinkle.

Sometime back in early 2011, authorities discovered that Wrinkle was stealing electricity from BEC. When arraigned on the matter, the then 58-year-old flatly denied the crime.

According to court documents the Eastern Road resident was said to have committed the crime while at the Bay Parl Building in downtown Parliament Street between February and March of 2011.

At the close of the trial this week magistrate Derence Rolle-Davis [Who is about to be kicked off the bench by the way] found Wrinkle guilty as charged. He could face up to a maximum sentence of 5 years in prison. Who knows, he may walk free and be cautioned. This is the Bahamas and that is court #6!

And so as the world turns, and the Bahamas awake from its sleep all we say is this; while we were paying these exorbitant electricity bills, when it ain’t someone ‘thiefin’ electricity from pole #44 in the former Mackey Yard, or when it isn’t those ungodly ‘thiefin’ employees at BEC – It is people like Stephen Wrinkle who gat ya damn bill bill high like blood pressure!

Lock him up and throw him under da jail so we can set an example!