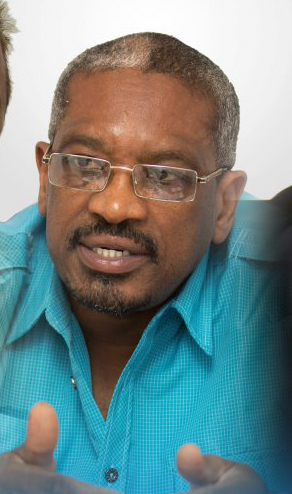 First, Minnis got his FNM Torchbearer Latoya Hanna to organize the Marathon Meeting under the guise of “JUSTICE FOR MARATHON” when all the while Minnis was only interested in exploiting and capitalizing on the pain and suffering of the people of Marathon to achieve his narrow and selfish political goals. This so called town hall meeting in Marathon had absolutely nothing to do with the people of Marathon – it was all about the carpet bagging Minnis and the FNM.

How else can Minnis explain the invitation list? Members of the FNM Council, Kevin Harris to provide PR; Phenton Neymour, Dr. Duane, Romi Ferreria and Sy Pierre were all panelists so how could this event be anything other than a FNM political rally dishonestly disguised as a town hall meeting for Marathon.

The principal personality – the sitting area MP who stood with his people since 2012, Jerome Fitzgerald – was not invited.

Basically the PLP quickly mobilized and outnumbered the FNM’s 2-to-1 at that political meeting, shocking Minnis and his organizers. Having failed miserably to pull off this political coup etat, Minnis not only left the meeting early but ran crying, moaning, weeping, wailing and gnashing his teeth like a lil finger-pointing bitch to Eileen Carron about how Fitzgerald and the PLP were guilty of organizing “FOR (not four) bus loads of people to be brought in from outside the community.”

So Minnis, the people listed above from the FNM at the Marathon meeting were from where exactly??!! They were certainly not from Marathon.

And let’s get one thing straight Minnis – this was not a Town Hall meeting for Marathon residents affected by the Rubis spill – this was a FNM rally organized by the FNM and funded by the “Save the Bays” people. You got politically manhandled, outplayed, outmaneuvered and “check-mated” at your own political game. You must go back to the drawing boards and learn POLITICS 3.0.

And while you are at it, you must explain to the Bahamian people what the FNM government did about the leaks that occurred at that Rubis service station site as far back as 1996 and during the FNM’s last term in office.

Texaco installed monitoring wells at the Robinson Road site in 1996 when then retailer Philip Cartwright observed losses in his fuel from the underground storage tanks. The FNM and their friends in the media cannot pretend these previous leaks did not occur. The fact is the long term exposure to this harmful chemical has greatly impacted the health of the residents of Marathon. What did the FNM do about the leaks that occurred on their watch? The PLP’s record is clear.

Rewriting history by pretending these prior leaks did not happen must not and will not stand. Minnis, you must be made to answer and account for the inaction of the FNM.

Rolex store at PI Marina Village held up and cleaned out by bandits….