BPL generators keep burning down and blowing up! AHHH BOY!!!

NASSAU| Since yesterday some service teams from Aggreko generator operations were on the island of New Providence doing inspections and maintenance of their rental generators at Blue Hills Power Station and today we have another fire.

Bahamas Power and Light (BPL) confirmed that a fire occurred at the Aggreko site at Blue Hills Power Station, resulting in the loss of a one-megawatt Aggreko generator. The fire was reportedly extinguished in a matter of minutes as police fire crews quickly showed up.

BPL officials did not indicate how this incident will impact power generation across New Providence.

Power generators have blown-up on Bimini, two on New Providence and right now Abaco’s generation equipment in Marsh Harbour and some surrounding communities completely destroyed by Hurricane Dorian. Just when you thought the situation was bad – it gets worse.

Yesterday, due to the servicing exercise, power was interrupted in some areas for about five times for extended hours.

We await to get an update from BPL. 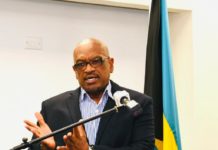 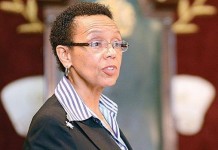