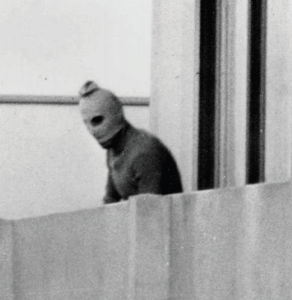 Nassau, Bahamas — Hundreds are expected to flock to the Meliá Nassau Beach on Tuesday, March 10, at 6:00pm, to hear the story of a man who survived the first live broadcasted terrorist attack. Sponsors of the event include Andbank, Ansbacher Bank, Colina Insurance, Diane Phillips & Associates, the Ministry of Youth, Sports and Culture, Restaurants Bahamas Ltd. and Union Bancaire Privée.

Dan Alon, an Olympic Fencer is the keynote speaker, and will share the harrowing tale of his narrow escape from the 1972 Munich Massacre in Germany. The event, which is free and open to the public, is organized by the Nassau Jewish Community.

“The Munich Massacre is a vital part of history to remember,” said Rabbi Sholom Bluming. “It is important that people know the story, especially as it relates to events such as terrorism, which is so rampant in the world today. Dan Alon’s story is one that can ignite the peace and unity needed for the global community to fight terrorism which is something that affects us all.”

This is not the first lecture of its kind that the local Jewish Community has put on. Three years ago, the group hosted a Schindler’s List survivor, which drew an audience of nearly 700 people.

For more than three decades, Alon remained tight-lipped about his harrowing experience. But nine years ago, he decided to break his silence and share his story with others with a goal to keep the story alive. That goal, has taken him around the world and now, to The Bahamas.

“It was too emotional to talk about,” said Alon.  “The memories were harsh realities that I had to face on a daily basis.”

When Dan Alon left his native Israel to participate in the ’72 Munich Olympic Games at the age of 27, he was the country’s number one in the sport of fencing and had dreams of returning with gold medals.  However, the Munich Massacre cut that dream short, and he found himself on a flight home with the coffins of his friends and teammates instead.

The story of the 1972 Olympics was captured in Steven Spielberg’s film, Munich in 2005.  It lays out the events of the massacre which claimed the lives of 17 people including: eleven members of the Israeli team, five Palestinian terrorists and a West Germany policeman.  The tragedy was later blamed on a terrorist group called Black September.

Although sharing his story has not been an easy task, Alon says that as one of the seven Munich survivors still alive, it is his duty to tell the tale of something that many are in the dark about. For the Munich survivor, his main catalyst for educating others is apathy and ignorance, especially among younger generations.

In addition to giving presentations, Alon also released a book in 2012 entitled Munich Memoir, co-authored by Carla Stockton, recounting his experiences and the impact on his life.

“The Munich Massacre is a piece of history that shouldn’t be forgotten,” said Alon. “I want the world to remember Munich. It is on my mind every day.”
The movie will be shown at 2:30 p.m., also without charge, with seating at 6:00pm in the ballroom at Melia for Alon’s presentation that will start promptly at 6:30pm. For further information, please e-mail Rabbi@JewishBahamas.com.