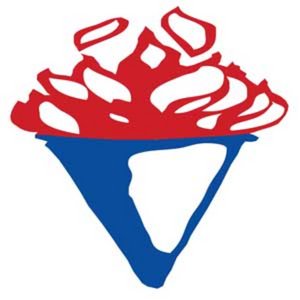 Nassau, Bahamas — Bahamas Press was led to read the wutless media’s Nassau Guardian, today, where a letter was posted with the headline, “Hubert Ingraham should stay on as North Abaco MP.”

What held Bahamas Press’ attention was that the letter only used Mr. Ingraham’s decision to retire as a reason to attack the character and leadership abilities of the new FNM leader, Dr. Hubert Minnis, while seeking to exalt the new deputy leader, Ms. Loretta Butler-Turner, to the top post and attempting to throw ‘political life jackets’ to other serving FNM’s in the senate and others of recent defeat—as though the current leader has determined that they will be politically drowned.

Bahamas Press would find it to be lunacy for anyone to believe that Dr. Minnis would have intentions of ‘not’ including those FNM former and present politicians mentioned in the letter. Dr. Minnis does not appear to be one that will destroy the whole by discarding the parts.

Bahamas Press has noted the public demeanor of Dr. Minnis prior to becoming a key cabinet minister in the FNM Government and widely considered the most popular and appreciated politician across the political divide and amongst all Bahamians. Prior to his political sojourn, we understand that Dr. Minnis served as the President of the Medical Association and held the singular honor of being considered the top physician in the field of gynecology.

Dr. Minnis, from his actions and not just words, has shown to be a mentor to young persons.  As a member of parliament for Killarney from 2007 to the present, a week hardly goes by that notices are not sent out by The Killarney News, his website, announcing events for young persons, that not only helps them today, but also gives them hope for tomorrow with the sole purpose of leading them on the path and equipped with skills to become productive citizens.

Bahamas Press is supportive of Dr. Minnis because, from afar, we can see that he is a focused and result-oriented Bahamian, who cares for Bahamians and understands that there is a time to engage in the art of politics and a time to engage in making decisions that benefit all Bahamians.

On the other hand, Bahamas Press is very suspicious, ‘not’ of the intent of the letter to the editor (it is obviously designed to discredit the new leader), but of the name used to sign the letter, “Committed FNM.” The only thing that Bahamas Press can see is that the one/those who penned the letter is/are only committed to fostering chaos in a party that just lost a General Election two months ago and has a new leader that has voluntarily taken on the awesome task of preparing the FNM to become the next Government of the Bahamas, by first becoming a cohesive alternative unit.

Bahamas Press can see through the purpose of this letter and it’s not about Mr. Ingraham at all because he can go as he volunteered. Or not go and the FNM and he suffer the consequences. No, this is about some small group of FNM’s that would rather have Ms. Loretta Butler-Turner as the leader of the FNM.

But now that she is no longer a Government minister, Bahamas Press has been told of all manner of unbecoming behaviors as a minister in Social Services. One thing that was unanimously troubling to everyone, from the janitress to the secretaries was that; “She would chain smoke in her office from the time she arrived until the time she left and the scent would be all over the place and on our clothes also!” The technocrats also had another issue with Ms. Butler-Turner and her work ethic as being a minister, who “Found very creative ways on a consistent basis to avoid doing the work assigned to her ministerial portfolio.”

Bahamas Press therefore concludes that the only FNM’s that would want Ms. Butler-Turner as the leader would be the ones that know once she has her cigarettes and no one is interrupting her to carry out the duties of a minister; the duties that leadership demands—then those FNM’s, claiming to be “committed” can behave “like inmates running the asylum.”

Bahamas Press believes that Dr. Minnis is in the right place and position at the right time, not only for the FNM but also for The Bahamas. The Committed FNM’s in the letter label Dr. Minnis as being ‘inexperienced, inarticulate, uninspiring and seeming to be ill-prepared for his presentations” in Parliament. Such harsh remarks for a person who voluntarily chose to continue as a member of parliament in Opposition however and vie for the leadership of the FNM.

Bahamas Press will not assume ‘the taste of the cake before it bake’ because leadership is an utmost serious matter for us all. Those Committed FNM’s, when they write again, should add the word “Faithful” to their dubious moniker. That way other FNM’s and all Bahamians would be cautioned that just as the saying goes of “Rome wasn’t built in a day, but it was burnt down in a day,” so will go the FNM and all of the years of FNM trials and triumphs, if some FNM’s, “The Committed,” chose to tear down what the new leadership, led by Dr. Hubert Minnis, is focused on building back and up.

Bahamas Press now finds it necessary to pay closer attention to the shenanigans of those in the FNM, the “committed” ones, because it is most important to have an alternative government in place and ready to get on with the business of the nation if and when deemed necessary. The Bahamas is all we got.

Asians block Dorchester Road once again for a second time and nothing is said!

Water is going off tonight! READ MESSAGE FROM WSC…