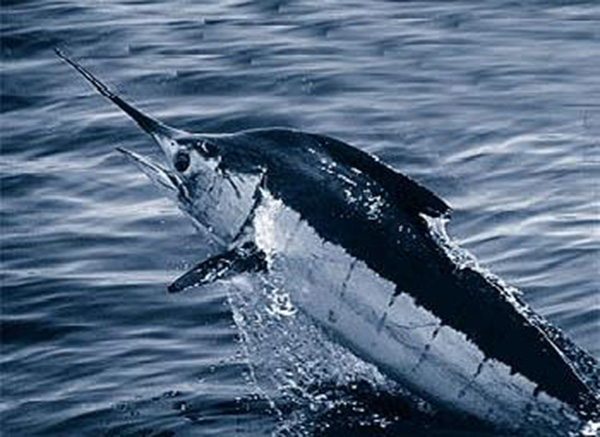 Nassau, Bahamas — Breaking news coming out of World Resorts this afternoon confirms a Spanish construction worker is on the run after stabbing a Blue Marlin dead in the water.

A violent events unfolded when the permit worker jumped into the sea this morning and stabbed 365lb Blue Marlin mother, which had returned in the area nursing her newborn babies. The fish turned black after being stabbed

The Blue Marlin is the national fish and thereby stands under protection. The Spanish construction worker has fled into hiding, but if he were a Bahamian he would have been caught by now.

The Defence Force and Police on Bimini are in search of the Blue Marlin Killer.