Are you concerned about the Government Customs Fees and Regulations? 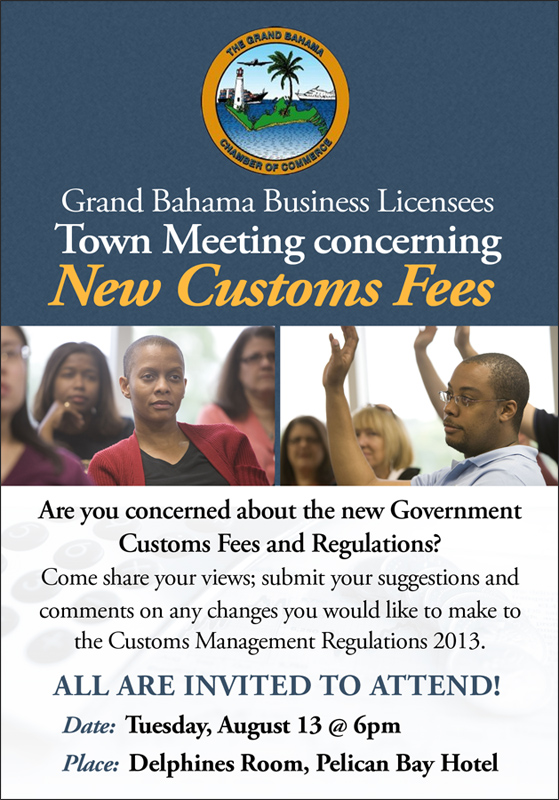 Come share your views; submit your suggestions and comment on any changes you would like to make to the Customs Management Regulations 2013.  ALL are invited to attend on Tuesday, August 13th at 6pm at the Delphines, Room, Pelican Bay Hotel.

Freeport, Bahamas – Since the announcements of early July, the Grand Bahama chamber has followed with close interest, on behalf of business licensees and members across the island, the anticipated impact and intense  public comment, caused by changes in customs tariffs.  The Grand Bahama Chamber of Commerce has consulted its members, and has sought clarification, on subject  tax changes before rushing to public comment.

Clearly there is a strong and consistent view within the business community:

In response to these concerns membership of the chamber supports, and has directed that action be taken, having consulted  with Grand Bahama Port Authority and government, to preserve the competitive  economic advantages and opportunities for both  domestic and international business  to invest in Freeport, and to maintain Freeport as a viable centre for  trade and commerce.

This effort is not intended to be confrontational, but more consultative to gain a full understanding of what is permissible under the Hawksbill Creek Agreement with respect to these changes.