Nassau, Bahamas – We can almost smell the greens! Bahamas Press is on the move as today marks our 2nd, Anniversary as a online news operation. We tell it like it is. We’ve change the dynamics of reporting here in The Bahamas.

When we look at our accomplishments we must pat ourselves on the back.

We condemned ZNS for their WUTLESSNESS when we began online. Bahamas Press back then made broadcasts of ZNS live, yet, ZNS couldn’t do the same even after $16 million in annual grants were being pumped into the Corporation from the taxpayers. But after our ‘cussin’, today, ZNS is online. We delivered Change!

We condemned the Wutless Media in this country for their lack of reports online. The ‘Toilet Paper’ in particular had shut off the world from its bias reporting. That rag sheet was so desperate it called on the government of the Bahamas to ‘Censor the Internet’. That editorial was incredible. But today, they have finally coming to their senses. Today the daily Tribune has joined our once almost exclusive online market. We want them to notice how Bahamas Press has backed off with our sharp critisms after the paper’s online introduction. Perhaps the Tribune & BP can soon have a love affair. But here again WE DELIVERED CHANGE! And today the Tribune is online at: http://www.tribune242.com .

On October, 2007, Bahamas Press opened to you our thousands of wonderful clients a voice of dialogue. A decent voice! One without fear or favour, a voice to express your freedom as the good Lord has ordained it to be.

We made online news in the Bahamas a HOT TOPIC! Some EXTREMELY HOT debates have come from you our readers. We gave new meaning to the title ‘Citizen Journalist’. We Delivered Change! 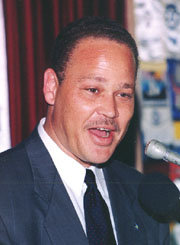 Almost every major story there is in this country we brought it to you FIRST! Indeed, we’ve created a web appetite for international affiliates form NBC to CBS to TMZ.com to ABC; they all continue to watch and monitor the Bahamian AP [BP]. WOW! We make news in this country. We’ve become to The Bahamas what the Huffington Post is to California

Where there’s news we report it first! We’ve reported news as it happens unbiased, and in-your-face. Like the time when Carl Bethel’s son had raped a 13 year-old girl while at the once prestigious Queen College. Wives of Ministers in the Ingraham Cabinet along with the school’s ‘VICKED’ principal said not a word to police. They all covered up the crime. Hulan Hanna said police were investigating, but to this day, NOTHING HAS BEEN DONE!

BP chased a criminal from Nassau to Eight Mile Rock to New York. You all remember that right? Did anyone remember when this incident came to light on BP? Carl ‘Undernourished’ Bethel said through his WUTLESS acting director, Lionel Sands, “there was no case,” YINNER REMEMBER DAT? 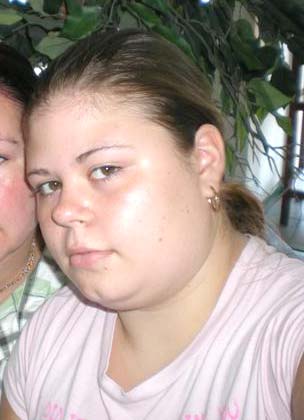 From the story of a dead woman discovered on a lonely Fox Hill Road, we chased her daughter down across the waters to Kennett Square Pennsylvania. Madison Pugh is a suspect Bahamian police was looking for, and your BP found her. Yes, once again we have made news and have gained the respect of thousands around the world.

We could not have done it alone. Thousands of persons like YOU have made Bahamas Press the country’s number one online source for news, information, commentary and dialogue. Like CNN, we break new and like AP we’re BP.