Cussin’ parent forced Counselor to put on her jungaliss swimsuit! 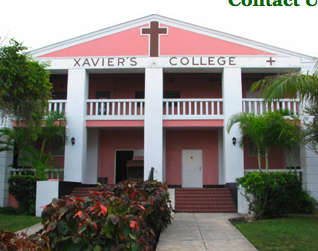 Nassau, Bahamas – A cussing session at a Catholic school in northern New Providence has left a board of education investigating and young 5th and 6th graders had to be rushed into classes following the morning assembly.

The big violent bust-up began right in front of students between a parent and a guidance counselor at the school.

BP had just dropped off the next generation of BP investigators when the incident unfolded, and, yes, once again, we were witnessing a live match which almost came to blows!

A male parent visited the school last week Thursday to approach a 4th grader with whom his child was having a problem. We believe his child was being bullied by the lil’ criminal!

The male parent, allegedly, cursed the child out and then proceeded to poke the child’s back like the child had allegedly done to the head of the man’s child.

The lil’ bully apparently went home and advised his mother of the incident, which forced the mother to return to the school upset and wanting answers from administration. But get this…

The guidance counselor, in hearing the woman’s plea, decided to butt in the conversation and said to the parent “Well, I don’t see what you mad for.” And, boy, that’s when all hell broke loose!

The violent female parent begin acting out like her bully child, went over to the cabana, took off her shoes and rest down her bag, almost stripping off her clothes, and came back violently cussing:

Well, this didn’t seem to bother the guidance counsellor at all, who many know is an ex-jungaliss turned educator from East Street and was head of a gang back in the day!

She didn’t try to console the parent, but in turn provoked the parent by saying, “Let me walk away”, but something snapped and the counselor turned right back around and went in at the parent in ‘jungaliss-style’, raising her hand and shouting back at the parent, “Miss, you don’t know me!”

BP was in shock! And could not believe we were at the scene of a new Bahamian movie about to be cut! ‘Education GONE WILD on the Catholic grounds’.

Scores of parents, teachers and students all watched as the parent and guidance counselor nearly came to blows!

Boy oh Boy! BP was live in the middle of the action once again!