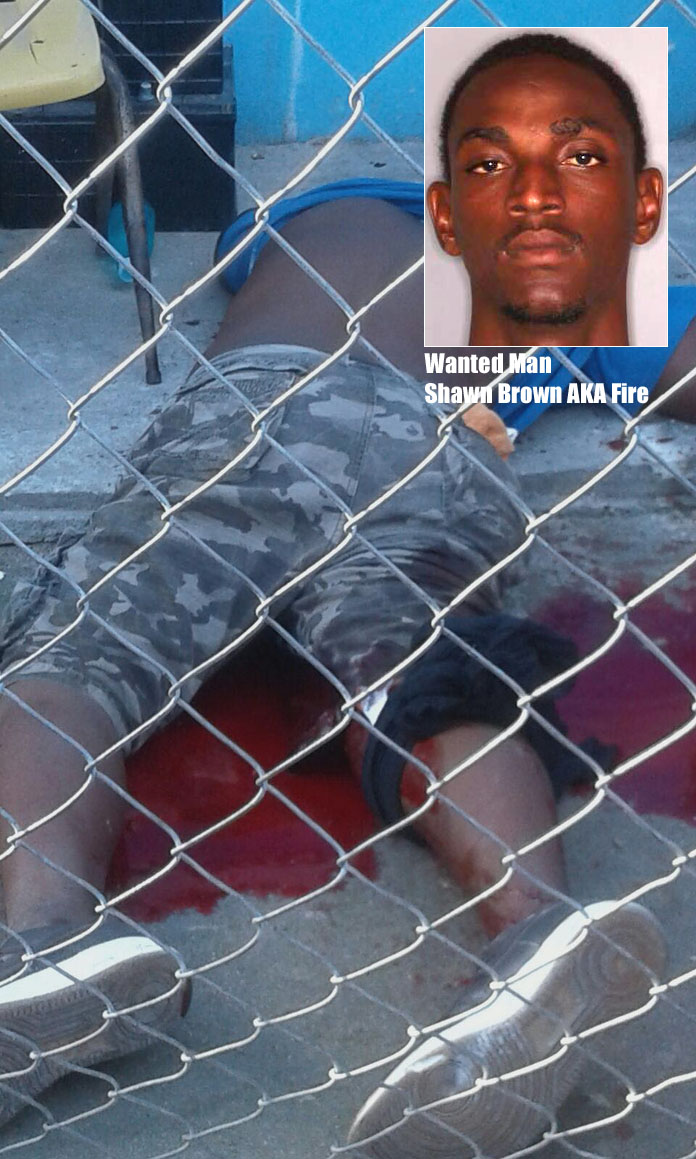 Nassau, Bahamas – Police are investigating a shooting incident that occurred on Coconut Grove Avenue shortly after 9am this morning.

Two males were shot by two men in a champagne coloured vehicle that sped off.

The two victims were taken to hospital where they remain in stable condition.

Meanwhile one wanted man has since died.

You would remember police issued a bulletin and the Most Senior Police begged several wanted men to get off the streets. We now know wanted suspect Shawn Brown AKA FIRE was killed in a shooting last night!