High taxes and high energy and food costs on the island of Bimini open questions for the island Local Government Board!

Someone must tell the Bahamian public WHO IS CLEVELAND ROLLE? Nobody knows who he is???

Alice Town, Bimini – Bahamas Press is exposing a web of wickedness on the island of Bimini that has corrupted the local government on that island and today We are calling on the Christie Regime to look seriously into the allegations of corruption.

We have already shown proof where questionable contracts involving public money have been awarded to Members of the Bimini Local Council. Yes – they have been padding their own pockets with public money and the police must be called in to act!

Bahamas Press in this segment will continue our earlier revealing investigations and point you, the taxpayers, in the right direction like no other media can.

Documents shown to us confirm that, in another recent contract, the construction of a wall in front of former Administrator’s residence, a building that has been condemned for more than ten years, the Chief Councilor (Lloyd Edgecombe) on the island saw fit to pay for the work on the wall incrementally.

Bahamas Press can confirm that the Chief Councilor paid for the work in portions – with public money – so that it would not have to go to The Bimini Council for approval. The broken up payouts, of course, add to over his limit of $1,000 – which automatically demands the payments to be decided by the Council. That never happened. Insiders on the island tell us they knew the said wall construction was not an emergency item and should have been put to Council for its consideration. That never happened. Again, public money spent, without the Council having any idea of what is being done with the limited funds.

Another problem in the Bimini Local Government is the issue of Nepotism.

Bahamas Press reports how over the past few years a number of family, close friends and DAMN lovers connected to the Chief Councilor have been added to the staff of the Local Government without the Elected Council being notified! Well, what in the hell is this happening with the public money?!

Indeed, without regular reporting of the The Council financials, members have only learnt of some of the names now appearing on the financial statements, months after they were engaged on the payroll.

ONLY IN THE BAHAMAS!

As for the monthly financial statements, over the past many months there have been no more than one or two statements to say where the money went. And by the time statements are issued all bills are paid by the Maximum Leader spending the public money like a drunken sailor (Lloyd Edgecombe). Statements, we can report, are paid before any scrutiny is done, and, in many cases, for works no one on the elected board has knowledge of.

Bahamas Press reminds the Christie Government that justice for the People of Bimini and the management of tax dollars must not just be spoken about being done – BUT MUST ALSO BE SEEN TO BE DONE!

Running a rapidly developing island like Bimini is definitely not a one man job and the Ministry of Local Government and Auditors within the Ministry of Finance needs to act posthaste!

‘Cause if what is happening on the island of Bimini is duplicated around the country- we now know why the country is catching hell! And now we see why bread in the food store costs soo much!

It appears what is happening here on the island is that funds of the Bahamas Government are being used to finance the next Local Government Elections in Bimini. That’s clearly the perception with this investigation – and those funds are being used to line the pockets of the persons elected to serve in the interest of the people!

Bahamas Press has more and we will reveal more in another report! 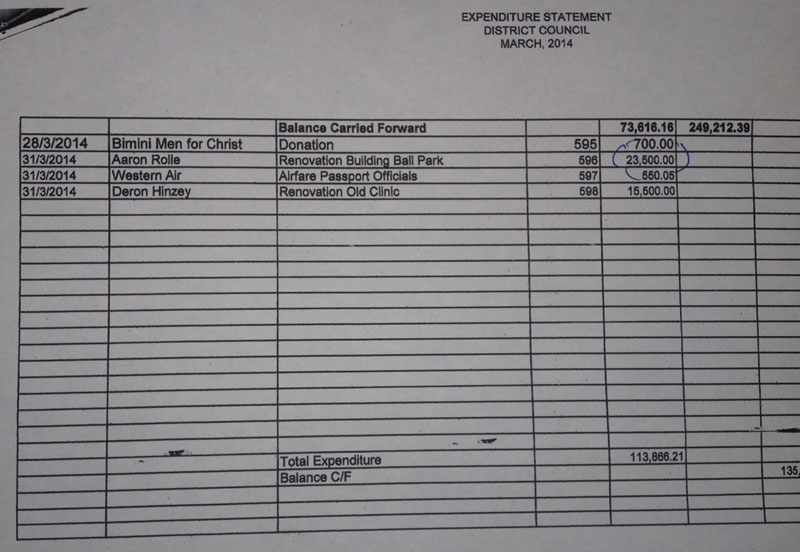 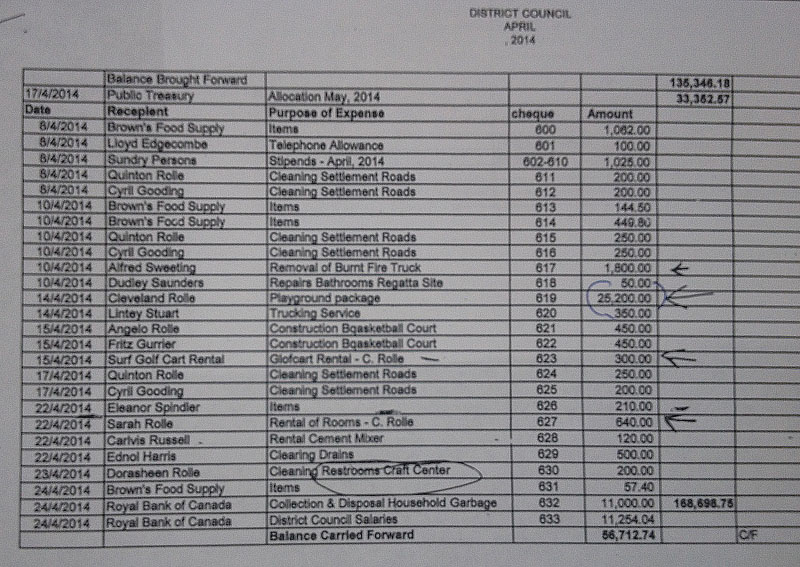 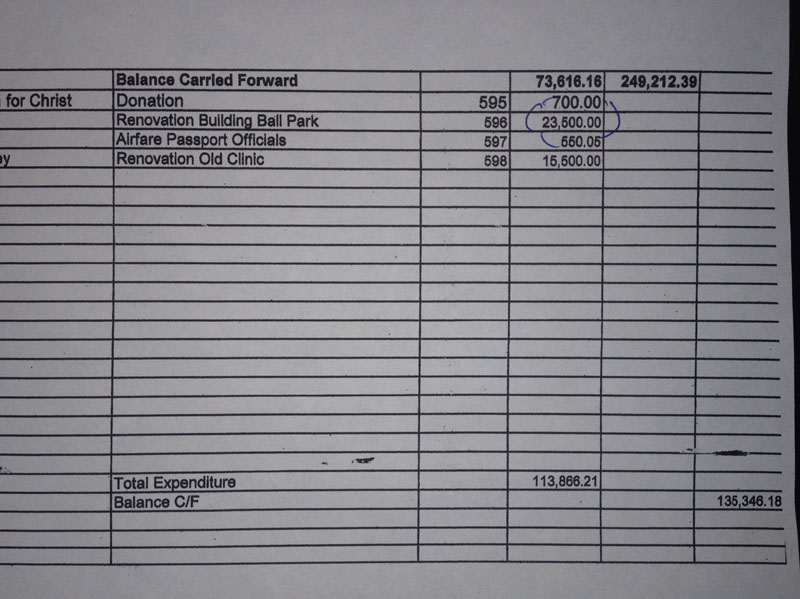 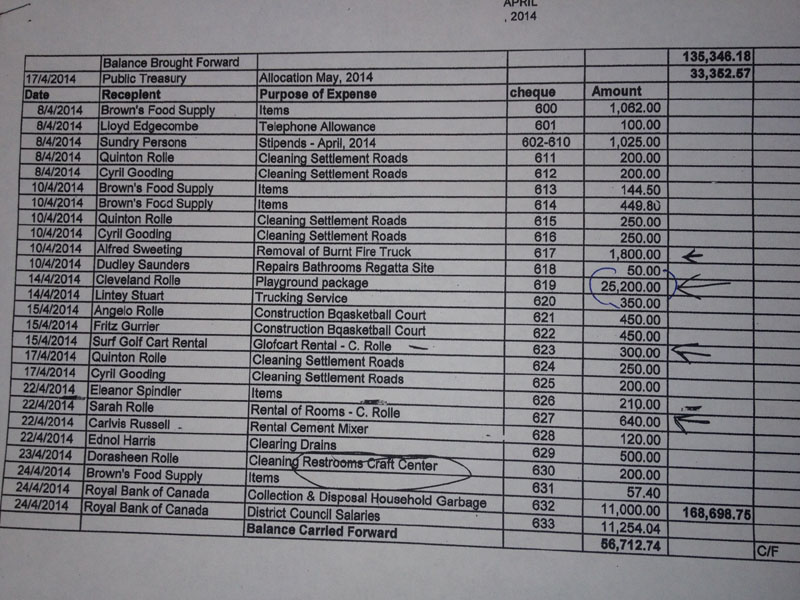