What rank abuse committed by Ingraham as Gomez was double dipping in the public purse.

Nassau, Bahamas – A Public Inquiry must be called to look into the Job Readiness Program where we can confirm clear evidence of abuse, bribery and victimization was practised by the Free National Movement Government in North Abaco.

Damning information now in the hands of BP confirms the FNM candidate, who was ordered out of the US after living in the community “ILLEGALLY”, was hired in 2011 under the disguise of the Job Readiness Program, where he collected government money and never showed up for work.

Many would remember the program was revealed by former Minister of Labour Dion Foulkes in July 2011 where he noted: “Job readiness is primarily aimed at young unemployed Bahamians age 30 and under. They will have an opportunity to gain basic work force experience through workshops and job placement.”

The information shown to BP by our sources in the Administration’s Office also revealed that Gomez was assigned under Group 1 of the program, where he was to work at F.E.S Construction [a company which received millions in government contracts].

But while he collected $210 from the public treasury of the Bahamas, the Murphy Town descendant never showed up to work, but worked instead in the FNM constituency office during the period!

And while Gomez was hired, the decision to do so proved that the then FNM government VICTIMIZED some young Bahamian in Abaco who had met the requirements for the program.  Compelling evidence proves that Gomez was 37 at the time he was placed on the program, however this was contrary to the program announced by the government itself.

We repeat, the job assistance initiative, made it clear that it was to be only afforded to young person between the ages of 18 – 30 who were unemployed!

Reports in Abaco confirm no one ever saw Gomez at work, but public documents prove the candidate was paid fully as he was assigned to FES Construction [Owned by Fletcher McIntosh].

What is worse is this: Bahamas Press also noted that while being paid by the public purse, Gomez had no registration with the National Insurance Board and therefore, was paid off the books – the same way he operated while living in the United States: “ILLEGALLY”.

Many would remember Hubert Ingraham was the Minister for National Insurance at the time.

And there’s more, as this is just the beginning!

Evidence also confirms Gomez was assigned to the 52 week program and attached to the Government Administration Office in Marsh Harbour where he collected a second cheque from the government. HE WAS DOUBLE DIPPING IN THE COOKIE JAR while he paid not a dime to the National Insurance Board!

The shocking details now in the hands of BP conclude that the Job Program was abused to the max for political purposes, while ambitious youths desperately in search of work were overlooked and victimized by the Ingraham government.

It also proves that officials by instruction pillaged the treasury of the Bahamas while breaking every rule to facilitate operatives and campaign workers of the former administration.

And since F.E.S Construction is alleged to hold shares for the former leader of the FNM, we wonder if this abuse of the public purse for Gomez offers an idea that he has some relations to the deposed leader of the Party?

Young Bahamians were VICTIMIZED so that Greg Gomez could have two jobs on Job Readiness!

An Abaco resident told BP, “Gomez must have been a hologram as we never saw him on the job, yet he collected his pay check every week. Man it is wrong to be paying a ghost!” 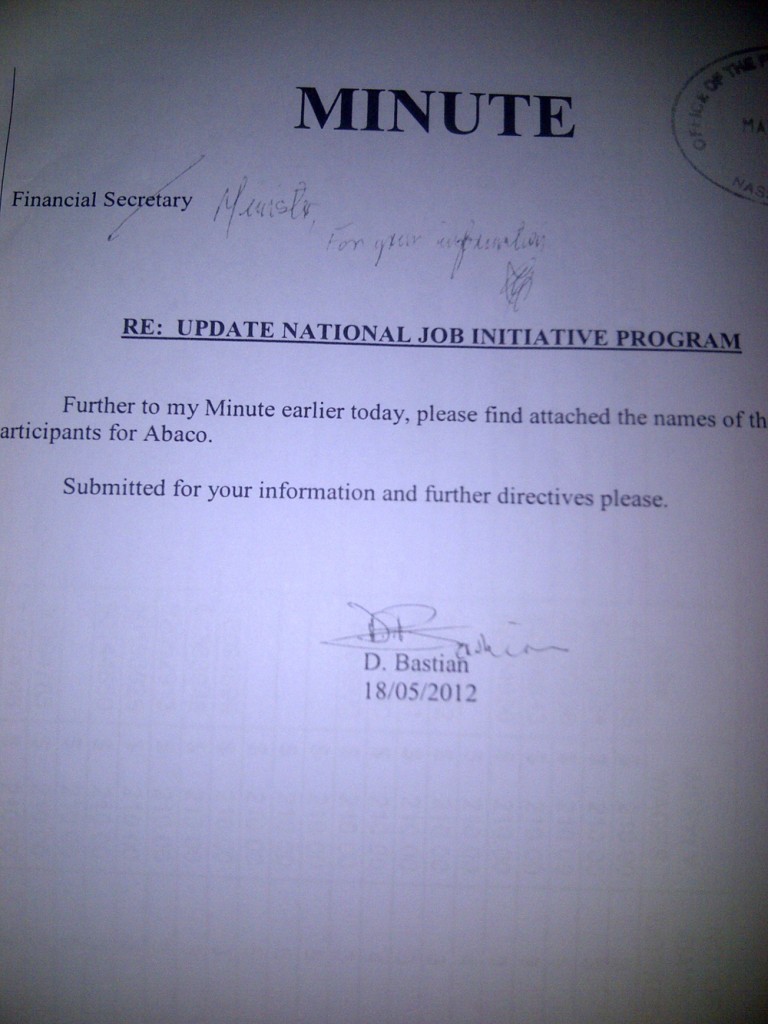 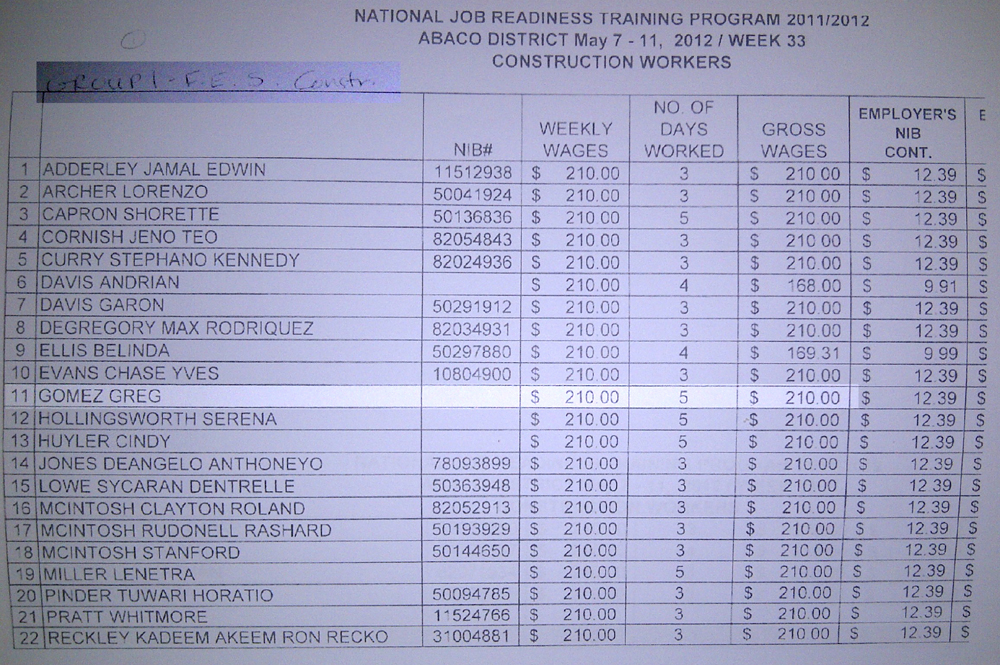