Office of The Attorney General & Ministry of Legal Affairs

An article appearing in today’s [5/8/2010] edition of The Tribune contains misrepresentations concerning the holders of public office posts in the Office of the Attorney General that requires immediate clarification in the interest of dispelling misinformation and to better inform the public.

On authority of the Constitution, appointments of legal officers in the Office of the Attorney Genera! are made by the Governor General (acting in accordance with the advice of the Judicial and Legal Service Commission). No public officer may self appoint or otherwise assume appointments to legal officer positions in the public service.

On the mentioned authority (Governor General acting on advice of the Judicial and Legal Service Commission), effective 1 June 2010 – 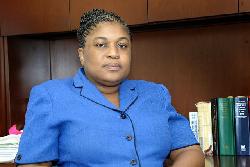 All of the mentioned appointees have been assigned rooms within the Office of the Attorney General as relevant to the respective appointments in the Department of Public Prosecutions (Post Office Building premises) or the Law Reform and Revision Commission (British American Financial Centre premises).