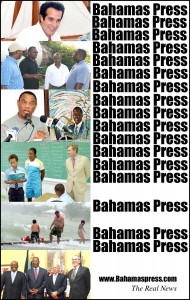 If you are not Facebook, Twitter, Google, YouTube, Windows, eBay, Blogger.com or Scotiabank.com, then more than likely you are not more popular than Bahamaspress.com when it comes to monitoring the success of your website online.

Bahamas Press, the Bahamas’ leading investigative wire on the WORLD WIDE WEB, climbed to the position as the 17th most popular website from the Bahamas among global portals.

“Today we are more popular than The Nassau Guardian and the Tribune; both publications that are known to have enjoyed a presence in the country for more than a century,” noted Bahamas Press’ CEO, Alexander James.

Speaking with operators in Nassau from his Cardiff University suite James noted, “Amazingly, we never anticipated such dramatic growth in such a short period.”

BP was established in October 2007, when a group of tenacious writers/bloggers came together with the ultimate goal to deliver a revolution in the field of journalism in the Bahamas, and around the region.

“We identified then that there was a concerted effort by the establish press, particularly the WUTLESS bunch in the Bahamas, to censor the views and voices of the masses. We accepted that our very own letters of concerns could never make its way into the dailies and therefore moving with the times we began in an aggressive effort to being Change in that part of the world.”

BP’s ratings have exploded surpassing the much advertised Bahamaslocal.com. “We are more popular than Islandluck.com and Nassaugame.com the two largest number houses in the country, which provides online services in more than 20 web shops in New Providence alone.

The CEO added, “Bahamas Press is set to become the #1 source for news in the region and we are set on achieving that goal. In the not too distant future there will be new platforms added to the website, which will deliver greater enhancements to reporting news and information via our website. We invite our 300,000 plus daily readers to get onboard, for Change is coming!