Cargill took home more money than the Prime Minister and the Chief Justice! More money than all 16 Senators together! NIB SCANDAL takes a turn for the worse!

Public Must READ Document at the end of this BP SUNDAY EXCLUSIVE!!!!

Nassau, Bahamas — When former Prime Minister Hubert Ingraham was questioned by a Nassau Guardian reporter this week, he told her, “I hired Cargill. I thought he did a wonderful job at NIB….We left the place [NIB] in good shape.”

Perhaps Mr. Ingraham should have told the reporter that he was shocked at the revelations like everyone else. And is concerned for the future of NIB following revelations at the BOARD! But a corrupt eye sees no evil, and perhaps the former Prime Minister, like Cargill, has much to hide.

What is also interesting is the fact that Mr. Ingraham completely forgot the claims of corruption within the walls of NIB in 2009 by NIB’s former Chairman Philip Brave Davis, were then and is now real! Davis warned the House on his feet as far back as 2009, that something serious was building out of the Board and called for an investigation in the Parliament on the mess. The Deputy Prime Minister in that communication spoke to serious unfair practices against staff at the Board more than three years ago, but nothing was done!

Hubert Ingraham never responded, and today the situation is messier than most believe.

Bahamas Press is no longer calling for a Forensic Audit, but we believe the Christie Administration should now open a Commission of Inquiry into the pillage, rape and scandalous squander of millions of NIB funds; wasted under the suspended Director Algernon Cargill! We also believe the Board headed by Patrick Ward should be called to account and tell the public what happened.

The details are getting nastier by the day and today we at Bahamas Press shall reveal the shocking untold story that has left former and current NIB Board members with their hands and eyes pointed to the sky.

On September 16, 2012 Bahamas Press published an article highlighting the fact that Cargill was paid almost three times the salary of the Prime Minister. But no one believed us.

In that article we stated that what had unfolded at NIB was increasingly presenting a ‘hoggish’ state of affairs. We presented how the fund has become the slush fund of the Director where he carried around loaded credit cards charged to NIB with no paper trail or accounting as to what the charges were for. Charges racked up by Cargill over a three year period of three years amounted to almost a quarter million dollars – $240,000.

No receipts as to where those charges were made continue to cause harm to the reputation of both Cargill and former Board Chairman Patrick Ward; who Cargill claimed advised on him on having a card and not NIB cash – WHY DOES THE DIRECTOR NEED TO WALK AROUND THE BAHAMAS WITH NIB MONEY IN HIS POCKET?!

We pointed to the fact how one electrical company – Kenuth’s Electric – was bankrolled by NIB and its owner was known to NIB Director Algernon Cargill.

We pointed out how more than $9.3 million in contractual works were padded for Cargill’s friend of fun and frolic, night-lights and red-light districts.

And guess what? We the Bahamian people were footing the bill!

Only we at BP know of the private nightlife that took the entire executive team to Abaco’s Winding Bay Resort for evenings of fine wine and dining. We reported that too, and it didn’t stop there.

And so while the Tribune gathers support for Algernon Cargill, and protects Hubert Ingraham with their spin of deflection focusing on current Chairman Greg Moss, we at BP were moving through the air ducts at NIB, sliding down silently and what we uncovered is indeed shocking!

When Forensic Auditors come across this document below they are going scream “THIEF”!

Bahamas Press was shown the Executive Bonuses shelled out to top executives at NIB by Cargill and the Ward Board. We are now being told Board Members also climbed down the greasy poll at NIB – but we ga leave that story for another day.

Cold evidence shown to us confirms Algernon Cargill’s take home from NIB was more than three hundred and ninety-three thousand dollars [$393,000.00] – and we challenge him, the Tribune or Hubert Ingraham to deny it. Here are the facts.

1) Bahamas Press can confirm Cargill’s take home contracted salary was some $178,000 annually.
2) He took along with that an additional $12,000 for gas allowance.
3) Append to his appointment was a $13,000 duty allowance. That also he received!

And if you thought that was it then perhaps you should think again. Algernon Cargill also collected a bonus – something no other public servant receives.

When probed on the question of bonuses awarded to executives at NIB a senior member of the Board under Patrick Ward said, “What bonuses? We never agreed or authorized any bonuses at NIB.” And this is where the horse manure hits the plastic fan.

We can confirm suspended Director Algernon Cargill also received a hefty bonus of more than one hundred and ninety-four thousand dollars [$194,791.66] between the months of January 8th 2010 to May 1st 2012.

No one in NIB could tell us how the bonuses were calculated nor could they describe who on the Board authorized such.

UNBELIEVABLE! Look what Hubert Ingraham as Minister with responsibility for NIB allowed to occur. And there’s more.

– And again by December 14th of that same year another $49,000 was paid to Algernon Cargill under the headline Executive Bonuses. So what did Hubert Ingraham say? NOT A DAMN THING! He hired Cargill remember?

By the time election 2012 rolled around, concerns were brewing at NIB and papers published by Bahamas Press ran wild, but that was not enough to stop Cargill.

Only six days before the General Elections, not knowing how the cookie would crumble, Algernon Cargill was again paid an executive bonus on May 1st, 2012 in the amount of $21,000.

WE WILL REPEAT FOR EILEEN CARRON – “Only six days before the General Elections!”

Bahamas Press can confirm the payments were by letter of instruction out of a private account hidden on behalf of NIB in the Royal Bank of Canada. The Cheque numbers are provided below.

Cargill as NIB director also received amounts of $25,000 each from the Cable Bahamas, Commonwealth Brewery and Bank of Bahamas as the (ex officio) director on their boards. Cargill, according to records, also took home those fees which accounted for an additional $75,000 in take home pay.

As NIB had invested in each of these organizations, ought not those payments from the same revert to NIB and not be paid to the director who is a public servant?

WHAT IS THIS? WHAT A BACKSIDE RAPE ON THE BAHAMIAN PEOPLE!

We can also confirm the Director was paid a director’s fee representing NIB’s investments in the Arawak Port Development. Those fees as director are still unknown at this time.

Our revelations today excluded kickbacks, but have certainly proven that Algernon Cargill should be the example to public servants who abuse the system. He should join Randy Fraser in Fox Hill for robbing the benefits of the poor at NIB.

HIS SALARY WAS THREE TIMES THAT OF THE PRIME MINISTER, which stands just above $100,000.

Higher than the Country Head of RBC and Scotia Bank combined – the most profitable banks in all the Caribbean.

This is indeed incredible.

Now knowing these facts, Bahamas Press join the public and demand a Commission of Inquiry to open on the SCANDALOUS OPERATIONS at the National Insurance Board. A Commission which would INCLUDE AN INQUIRY INTO THE PADDED CONTRACTS ISSUED TO KENUTH KNOWLES, PORKY DORSETT, IRAM LEWIS, CHARLTON MORLEY AND JEFFERY LLOYD , just to name a few.

Who allowed this? Was the Minister for NIB – The Rt. Hon. Hubert Alexander Ingraham – aware of what was happening at NIB? AND IF YES, WHY DID HE FAIL TO ACT?

Stay tuned soon there will be more to tell.

BIG BIG WEEKEND PARTY AT THE ANCHORAGE THIS SUNDAY!!! 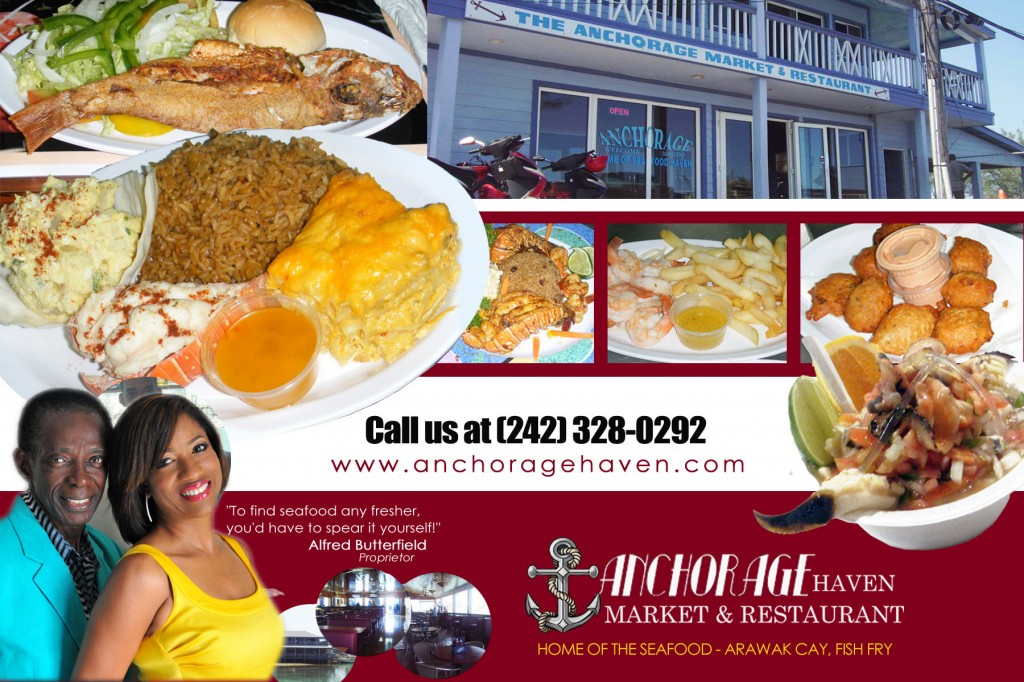