Marchers shouted “Minnis Government GATS TO GO!” – THERE IS NO TURNING BACK!!!


Nassau – More than five thousand Bahamians marched to Bay Street from the Southern Recreation Ground just before 9am this morning. Some came in wheelchairs. Some on bikes and skates, all came to show their disgust with the Minnis Government.

Some placards called for the resignation of Cabinet Minister like Frankie Campbell and Marvin Dames.

Rodney Moncur was also on the march in a powerful display of artistry in a chef’s hat and a cooking pot as he stirred away the demise of the Minnis Government.

The powerful movement of people then marched up Baillou Hill Road and onto Bay Street singing Bob Marley’s “Everything is ‘gonna’ be alright”. With band and placards, the mass movement of Bahamians made police afraid. However, some officers said, “Keep the heat on dem!”

The moment came when Opposition Leader Philip Brave Davis was triumphantly welcomed into the square as he greeted the crowd. Shouts of “BE BRAVE” could be heard from the crowd!

A lady called Glenys Hanna Martin over and delivered her a can of Corned Beef telling her, “Give that to PM Minnis”.

But Minnis never showed. He hid himself in Cable Beach at a SAC graduation after being advised that Bay Street was presented a security risk.

Piss was thrown on Frankie Campbell. They arrested a man for that. And Duane Sands was booed while telling the crowd, “I don’t support the increase in vat, but I will support the government.” Well, wait! They told him to “Carry his ….”. [yinner finish it].

But as the barricades were pushed down, the crowd flocked to the door of the Parliament. The Speaker warned that the situation outside was getting unsafe. The police were outnumbered.

People began to block the traffic, stopping cars and sitting down, making Rawson Square a pedestrian space. The People’s Square outside the People’s HOUSE.

But it was a good day for the People. Their voices were heard and their presence felt. Some in media piss up ‘dey’ self as they thought only a handful was coming to Bay Street. We warned them though that a Tsunami alert was in order. THE PEOPLE WANT THE GOVERNMENT GONE!

BP is now headed to lunch as Opposition Leader Philip Brave Davis is expected to address Parliament at 3PM today. 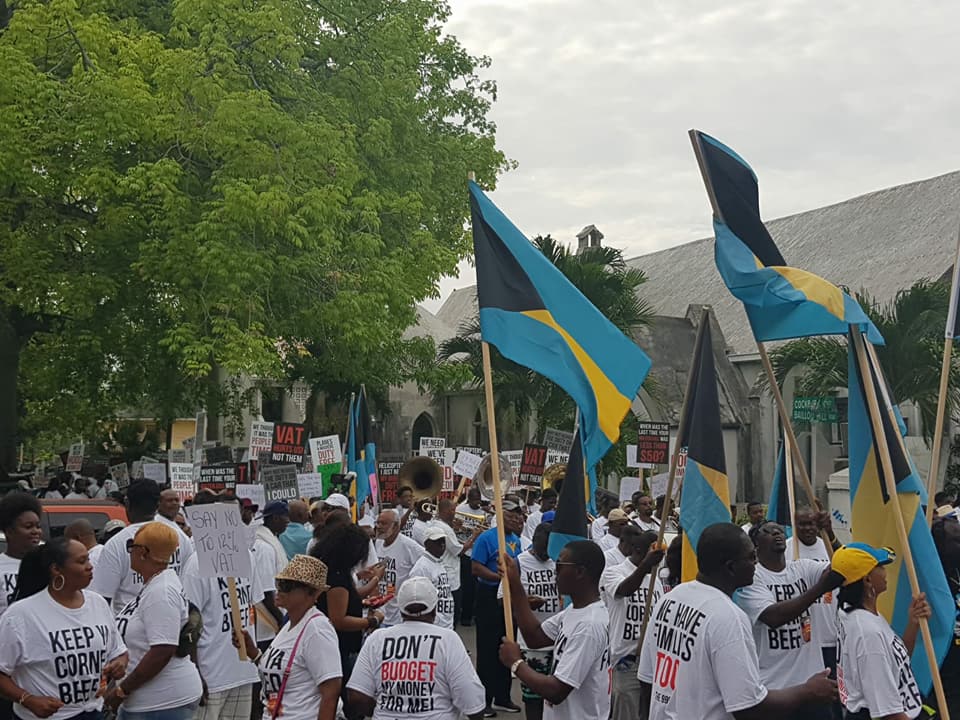 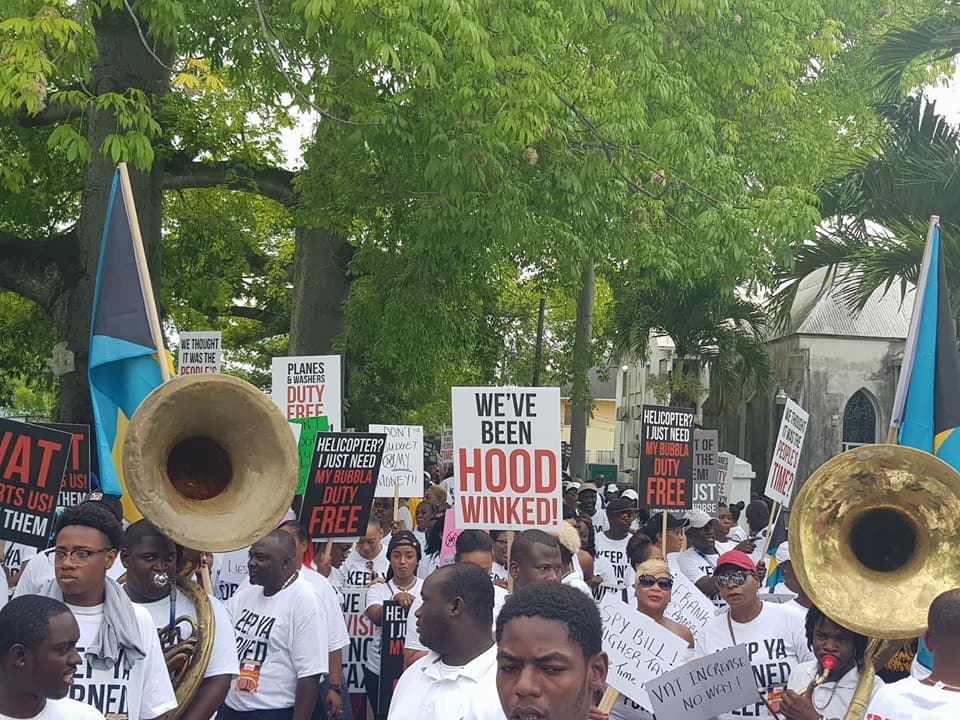 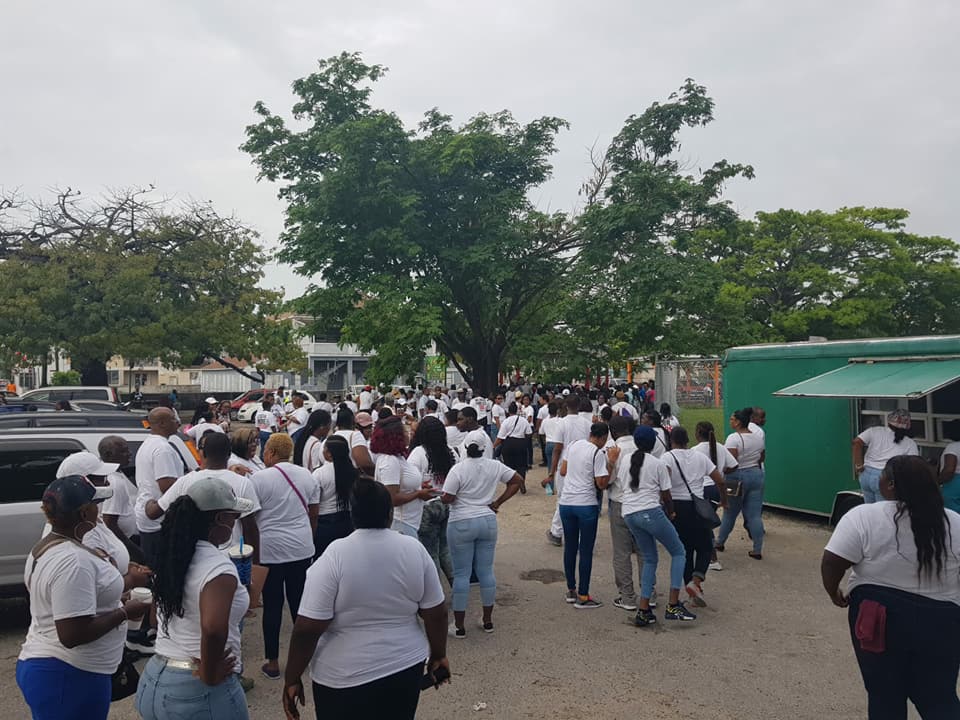 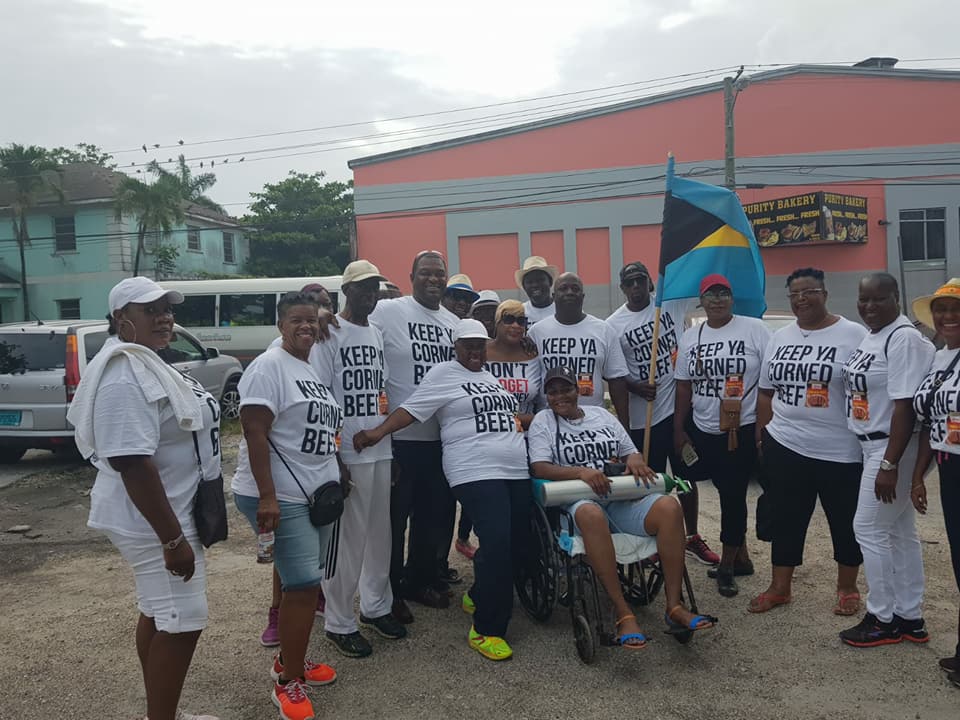 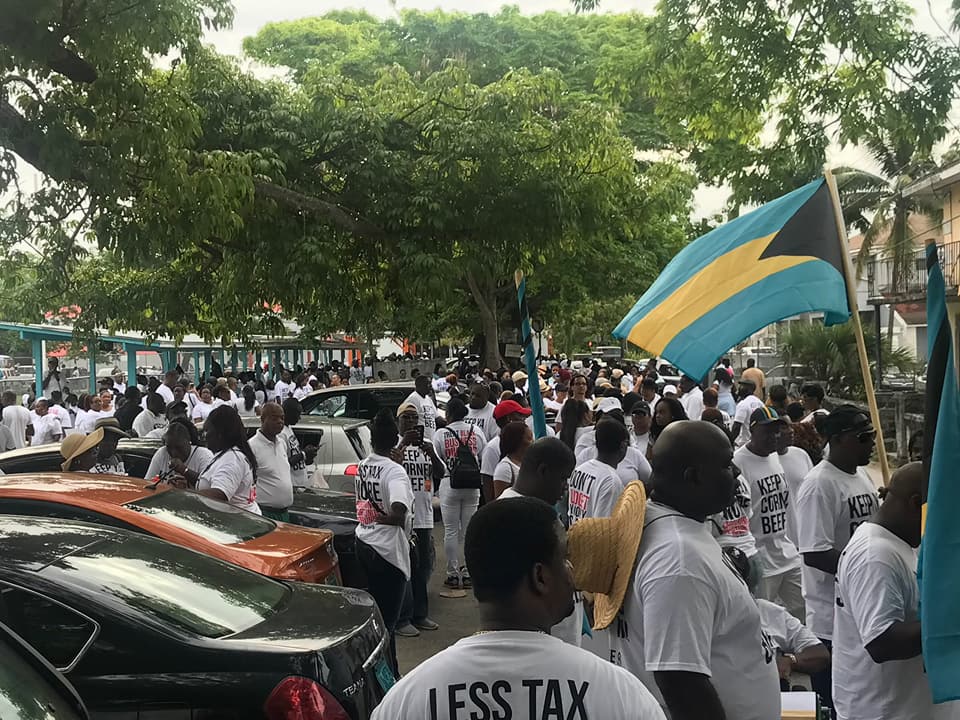