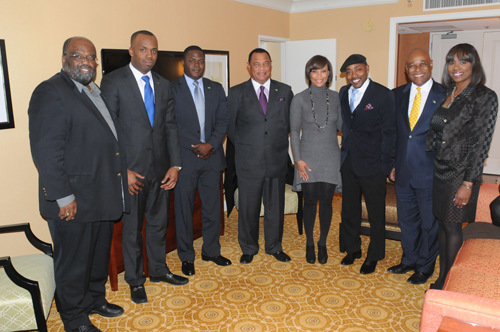 ATLANTA, Georgia — When Prime Minister Perry Christie was in Atlanta recently to be inducted into the International Civil Rights Walk of Fame, acclaimed movie producer Will Parker used the occasion to again express his interest in The Bahamas for future film projects. Parker had earlier made his interest in The Bahamas as a potential location for a film to Randy E. Rolle, Bahamas Consul General to Atlanta, who had brought it to the attention of Prime Minister Christie. Packer is the “Think Like A Man” producer whose credits also include “Think Like A Man Too,” “Stomp The Yard,” “This Christmas,” “Takers,” “Three Can Play That Game” and “Obsessed.”