A whole Audit costing Millions turns up with a one thousand dollar hydrant theft – WHAT IS DIS? 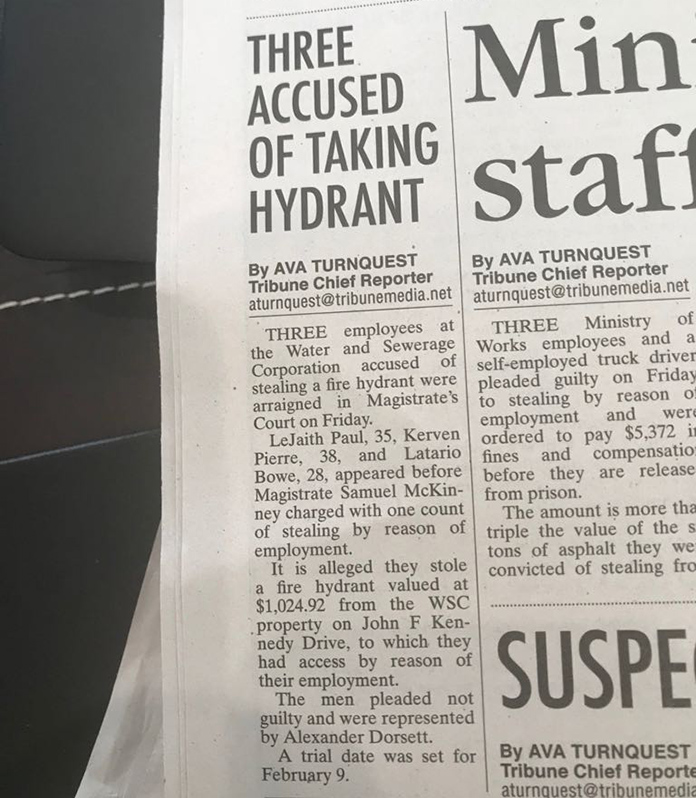 Nassau – After spending almost $1 million dollars, we believe, on the audit into the Water and Sewerage Corporations. And another Million on the Bahamas Power and Light and look what has been discovered!

Three men who took a Fire Hydrant sometime in November 2017 have been charged in the magistrate court for stealing.

Bahamians must now question if they are getting value for money with the FNM Government.

Is this what the big time audit at WSC found? How much for the audit vs what the hydrant cost??

Someone has once again fleeced the public for millions.