Wutless Media has yet to ask Rollins why he told PLP Parliamentarians he would support the Gaming Bill before it was tabled…Then voted against it? 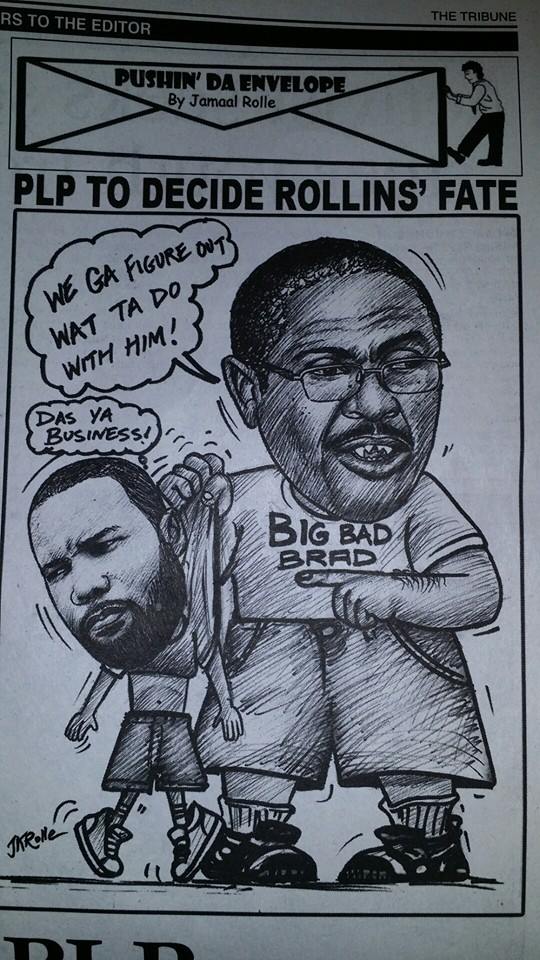 Nassau, Bahamas — Andre Rollins must be the craziest man on the planet and Tuesday morning’s article in the Nassau Guardian proves the MP for Fort Charlotte is losing his marbles by the day.

Rollins told the morning daily that if Wells is fired from his post as a Parliamentary Secretary, he will be calling “names of some other people who need to be fired too.” The threat/blackmail appears to be a joke.

Bahamas Press wonders what difference does it make if Wells is fired to cause Rollins to react? He [Rollins] was fired last August and he didn’t call any names as to who in the PLP should be fired and so why would he be more passionate or compelled to call anyone’s name if Wells is fired? How Dumb!

What is really happening here is Rollins is looking for company for his failed and miserable record as an MP. Hundreds of Constituents on the ground in the community are calling for the resignation of Andre Rollins from the Parliament.

“When your own branch is calling for you to carry ‘ya’ ass you know it is bad,” one Fort Charlotte branch member told BP.

FNM Deputy Leader called Rollins actions “Blackmail” and branded him as being “Dishonest” and “Deceptive”.

Party Stalwarts are expected to be outside a specially called meeting where leaders of the PLP will assemble to censure Rollins.