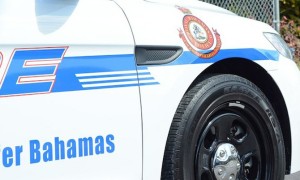 Victim succumbed to his injuries in hospital!

Freeport – Police in Grand Bahama are investigating a shooting incident that has left a 39 year old male of Bass Lane dead.

Reports are that shortly after 9:00pm on Tuesday 9th June 2015, Officers received a report of a shooting incident on Bass Lane and Murchinson Drive.

Officers responded and met a male lying on his back with multiple gunshot wounds about the body.

He was taken to the Rand Memorial Hospital by EMS personnel and shortly after 3:00am on Wednesday 10th June 2015, he succumbed to his injuries.