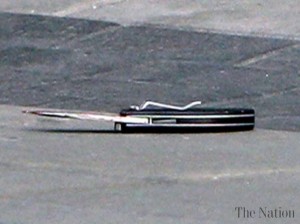 Nassau, Bahamas – Bahamas Press is reporting how a Podoleo Street woman is presently assisting police following a stabbing incident that has left an 18-year-old man dead this morning.

BP can report just before 1:00 am, a woman reported to police that she
had just stabbed a man who attempted to rob her in the Miami Street area.

Police arrived at the scene and met the lifeless body of a man with a  stab wound to the upper body and a pool of blood around the victim.  The victim was pronounced dead at the scene.

A short while later, a 28–year-old woman turned herself into  police in connection with this incident.

WELL, WHAT IN THE HELL IS DIS? THE THIEF IS NOW A HOMICIDE VICTIM?