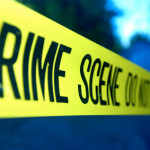 Bahamas Press is reporting another shooting in the Fox Hill community.

BP can confirm just :30 minutes ago businessman, Derek Davis, proprietor of the Village Store near the Fox Hill round-a-bout was shot and robbed tonight.

Davis is also the father of 2008 murdered victim, Khodee Davis, who was stabbed to death at Cabbage Beach on Paradise Island. His condition is now listed as stable.