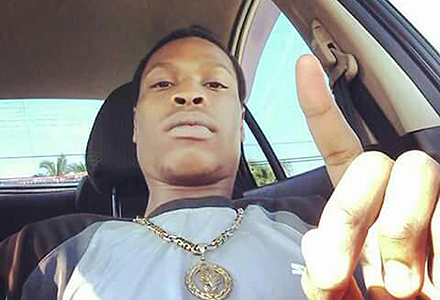 Nassau, Bahamas — Police are now investigating another homicide in Fox Hill this evening – this time on Dorsette Street, the corner just opposite St. Augustine’s College on Bernard Road.

Detectives tell us they are in search of two men responsible for a shooting incident that has left a male dead on Monday, 12th October, 2015.

We can report that shortly before 2:00 pm, a young man was standing on Dorsette Street, Fox Hill, when two men approached in a Red Sentra vehicle and shot him before speeding off. The victim, who we cannot identify at this time, was pronounced dead on the scene.

Blood flowed like a river from the young man’s upper body as he bled to death. He is the second man to die because of a high-powered weapon over the holiday weekend.