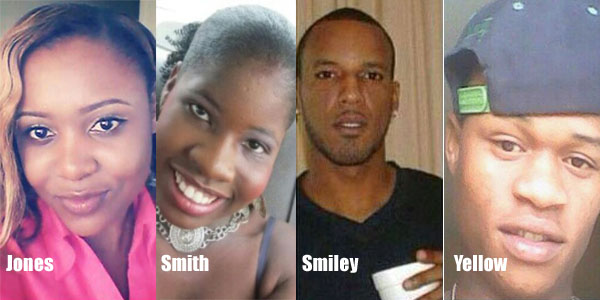 These are the young persons who died in the last 48 hours…..

Nassau, Bahamas — Sources have confirmed that we had another murder, this time in the capital, and once again in the community of Yellow Elder.

Police have identified the victim as Leoneice Jones of Cedar Street.

According to reports, early this morning the victim was in her bed when a gunman sprayed the bedroom with gunfire through the window of the home, hitting the female in the neck and upper body.

She didn’t make it.

Just last night Grand Bahama suffered a third homicide in just 36 hours. And you would remember on Sunday afternoon that BP reported how a man was knifed to death right in front of the home of the former PLP general Millie in Yellow Elder.

No word has come whether today’s incident and the one on Sunday are connected.