Nassau – Evidence suggests that concerns arose at the level of the Public Hospitals Authority [PHA] in the awarding of a $1,862,978.16 [One million eight hundred and sixty-two thousand nine hundred and seventy-eight hundred dollars and sixteen cents] cleaning contract to Magic Touch Cleaning Company which was the company already engulfed in a bribery/extortion case involving former PHA Chairman Frank Smith. Records show Hanna’s contract had more than tripled by November 1st, 2017. And we kept making the point: That if Ms Hanna claimed on the witness stand that she didn’t file any complaint to the police then who did? Who told police that Hanna even had a contract with the PHA? Could be be someone high up in the Cabinet? Hanna told the judge she avoided the police and ignored their calls so who advised them of bribe/extortion if it wasn’t her?

On October 13th, 2017 an opinion was written to the Ministry of Health, in point 10 saying the following:

“10. If however we are mistaken and this tender process is the subject matter of those proceedings and if Magic Touch (having been solicited paid any sums in return for the contract) then the process has been contaminated and Magic Touch should, prima facie, be disqualified”

What should also be pointed out in the documents is the fact that the AG’s Office, in its opinion, noted that only ONE count of attempted extortion was cited in the Frank Smith case, but when charged, there were some 13 counts of extortion brought by the police.

BP wants the general public to examine these documents and make notes on the same. We also invite more leaks from the government on these important matters as we report and let yinner decide! 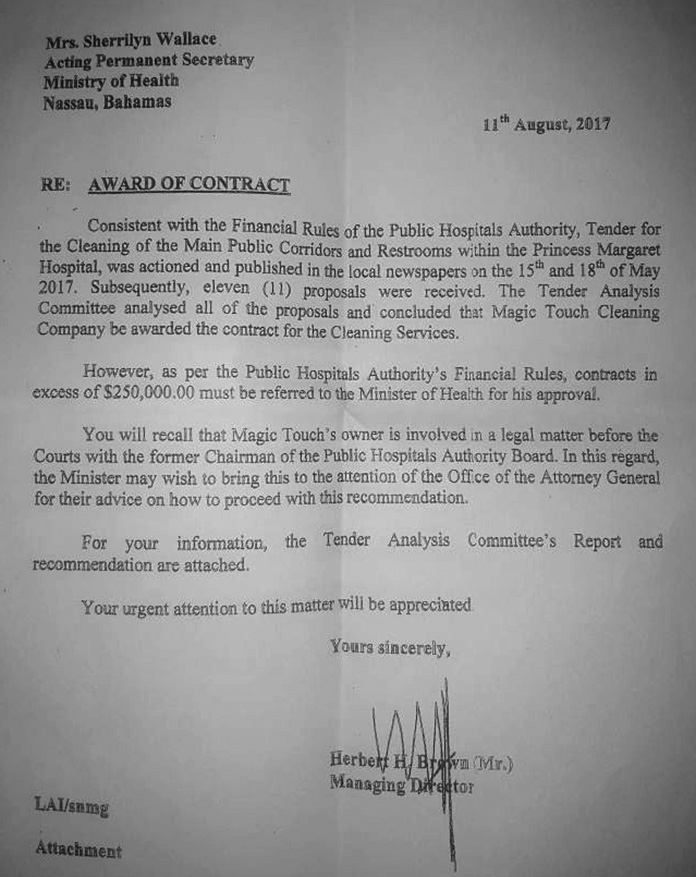 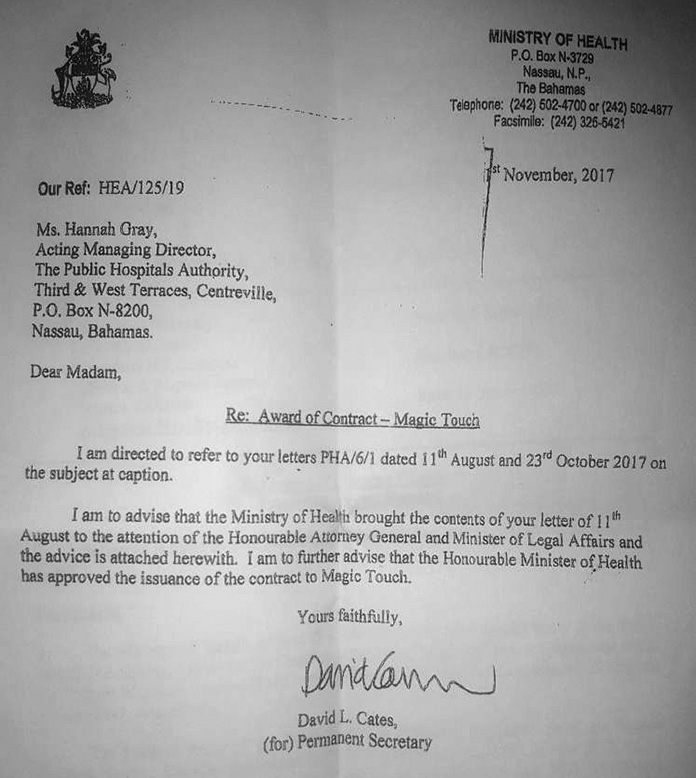 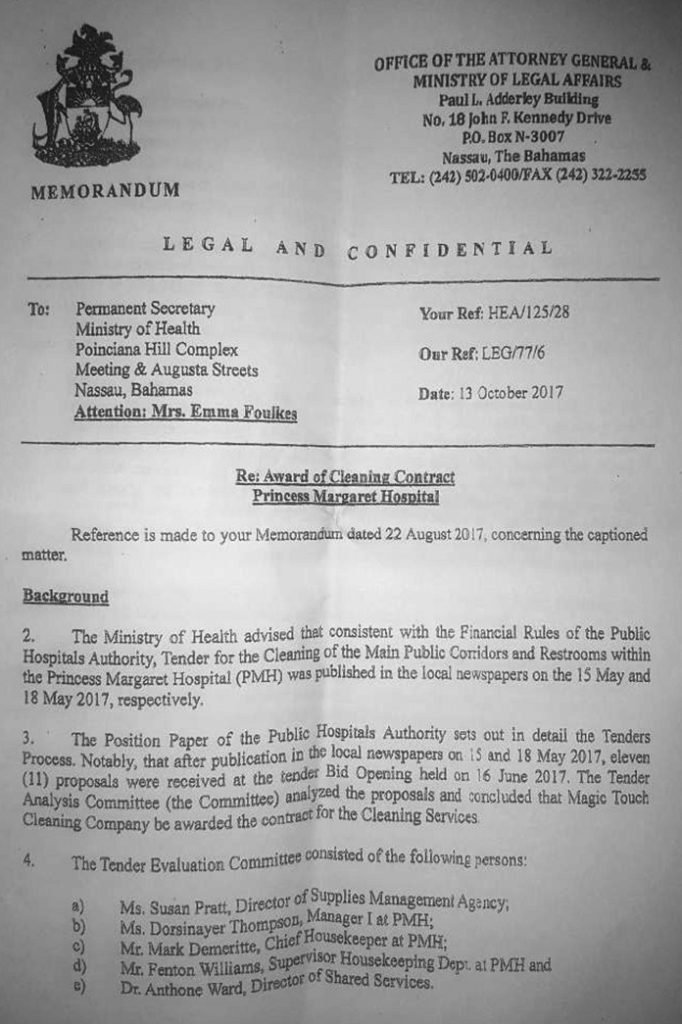 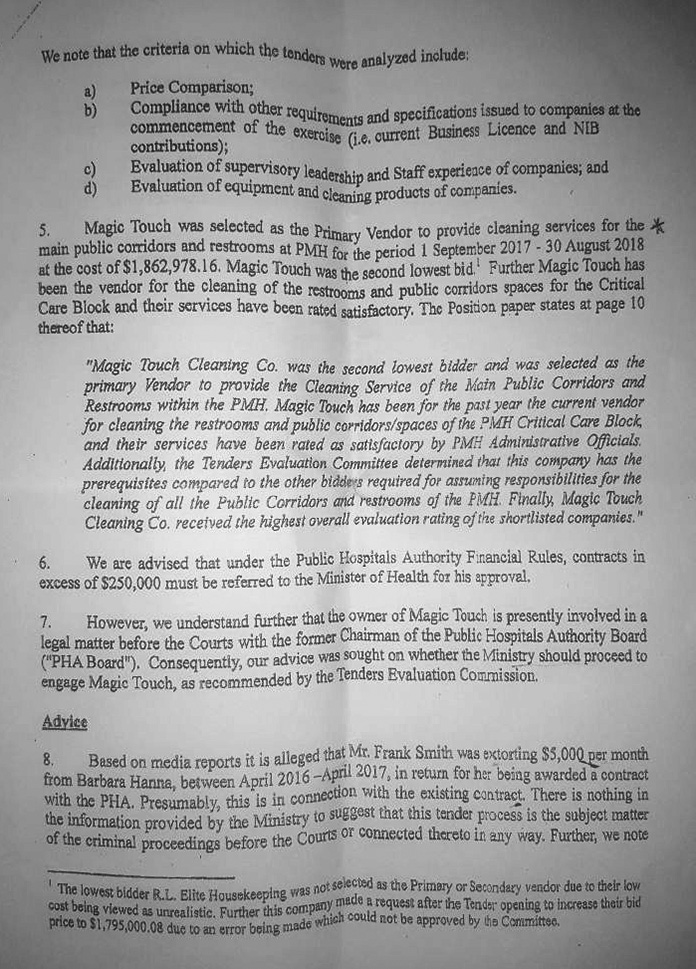 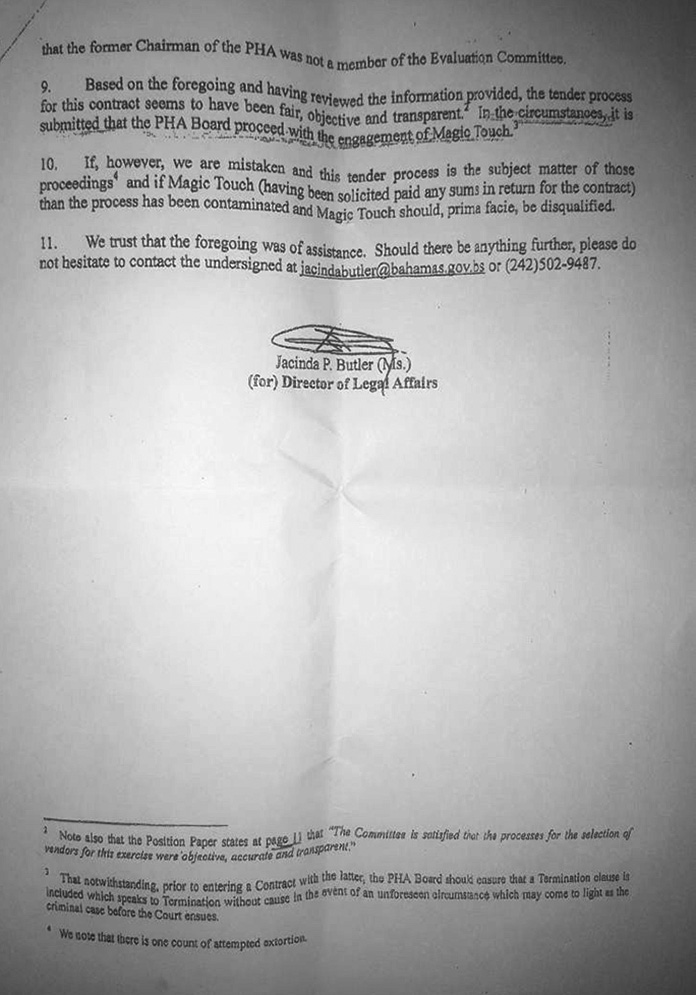