Contractor now taking legal advice after his name appeared in the report and the home cited was never selected for repairs! 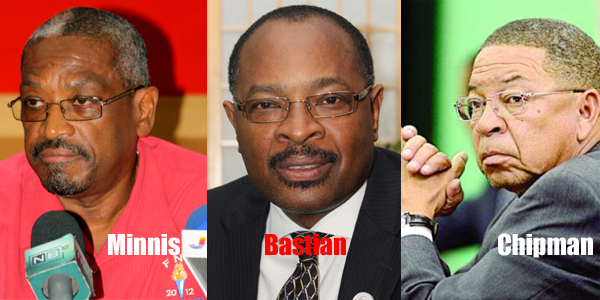 The attack on the poor by the Auditor General and his conspirators on the Public Accounts Committee was nothing more than a fishing expedition riddled with LIES!

Nassau, Bahamas — Bahamas Press has engaged the services of a most trusted and well respected member of the Bahamas Institute of Chartered Accountants [BICA] to assist us in looking into the Auditor General’s Report on Urban Renewal and what we have uncovered deep inside the report speaks volumes to the competence, experience and aptitude of the man charged with the responsibility of auditing all Government Departments.

Readers should note that the Nassau Guardian was the first to offer commentary on the report that was admittedly leaked to them by person or persons on a fishing expedition into the greatest social intervention program for the poor since National Insurance. Rather than being guided to search for truth, the Nassau Guardian writers failed to carefully and intelligently investigate the contents of the report or otherwise engage the relevant parties under the microscope of Auditor General Terrance Bastian.

What is indeed incredible is the fact that not only was the report never tabled in the Parliament, but the Public Accounts Committee [PAC] was given a document through the back door by the Auditor General whose Constitutional responsibility was to table the document into the records of Parliament for all the people to see. THAT WAS NEVER DONE – and the Auditor General must now explain why.

Bahamas Press’ investigation began with a claim by the Auditor General’s Report which stated at Appendix 2 that a contract issued to one Mr. Felton Collie amounted to the tune of some $30,000 [thirty thousand dollars]. The report cites the homeowner to be one Ms Patricia Munnings located in the Englerston Community. The report provided photos and claimed that the “homeower was not there”. And, although citing the home in the report, the Auditor General never interviewed the homeowner.

In auditing this is a dangerous and incredible error, our investigator confirms.

Unlike the Nassau Guardian, Bahamas Press made deep inquiries on this section of the report and discovered the noted section reported by the Auditor was indeed a damnable lie!

Our lead investigator contacted the contractor, Mr. Collie, who we understand now has taken legal advice on the matter. In our inquiry we uncovered that Mr. Collie was never awarded any work for a home in Englerston including the said house as noted in the report. WHAT IN DA HELL IS DIS?!

Rather, Urban Renewal had awarded a contract to Mr. Felton Collie to construct and address a home for one Ms Patricia Munnings [as cited in the report] for $30,000. BP investigators has located the home constructed to be in the community of Montell Heights – miles away from the Englerston community cited by the Auditor Terrence Bastian in the report.

Despite this egregious error made by Mr. Bastian, what is indeed interesting is the fact that the Auditor’s office never visited the new home in Montell Heights! UNTHINKABLE! How can the Auditor General make such a grave error of citing the Wrong Home in the wrong location – having investigated none of the relevant parties to discover the truth?! What is fact is that the homeowner when asked by us was “Very Satisfied”, a fact repeated by a local MP in the area!

Today in Parliament the Speaker ordered the PAC to cease its investigations on the matter until a proper investigation is done and proper procedure is done for the circulated document in the public and it comes first to Parliament as required by law!

Our lead auditor and respected member of BICA now probing this report said, “To substantiate his contention that a contractor was paid some $30,000.00 [thirty thousand dollars] to effect repairs to a home, on which the agreed scope of work was not performed, the Auditor General included a picture of the said house. It turns out that the house that the Auditor General has identified was not the house designated to be repaired under the contract referred to by the Auditor General’s report! This is serious!

“Generally accepted auditing practice, requires that the auditors report, before being finalized, being shared with senior management and their response to the findings included in the final report. If this standard procedure was followed, obviously the Auditor General would have been spared the embarrassment that this significant flaw will bring. More telling, it speaks to the professional incompetence of the holder of this office.

“If Mr. Bastian was in private practice and did this kind of shabby work, he would be terminated, and his firm would be at risk of being sued.”

All we at Bahamas Press says is this: Why yinner think the Nassau Guardian never did its own inquiry into this report before making it public? Is that not supposed to be the standard practiced by newspapers of record? ONE WORD – LAZY!