BAHA MAR MEETS ITS MATCH AND WILL NOW BE BLOCKED!!! Nassau Guardian and Tribune also owed thousands from Baha Mar!

Nassau, Bahamas (July 2, 2015)—Baha Mar today stated that it is extremely concerned and disappointed that the Supreme Court of the Commonwealth of The Bahamas has decided to adjourn until Tuesday July 7th the hearing of Baha Mar’s application for recognition of the U.S. bankruptcy proceedings. The adjournment by the Bahamian Supreme Court was granted at the joint request of the office of The Attorney General of The Bahamas and The Export-Import Bank of China, the project’s lender.

Baha Mar said, “This adjournment unfortunately makes it impossible at this time to act on the U.S. Court approvals we received yesterday, which would allow us, among other things, to pay salaries and benefits for Baha Mar Citizens as well as pay ordinary course suppliers and vendors for goods and services post the commencement of the Chapter 11 process. The adjournment has very troubling implications for both the Chapter 11 process and our efforts to position Baha Mar to complete construction and open successfully.”

Baha Mar reported that the Bahamian Supreme Court directed Baha Mar, at the request of the Attorney General, to provide the Government with information necessary for the Government to pay the salaries of the more than 2,200 Baha Mar employees for the period ending July 3, 2015. Baha Mar is complying with this direction, although the company noted that the Government’s unorthodox request for the direction appeared redundant in light of the U.S. Court yesterday granting Baha Mar its DIP financing and approving Baha Mar’s motion to operate and fund its payroll in the normal course.

Baha Mar continued, “We are doing everything we can to immediately comply with the Supreme Court’s direction. It is in Baha Mar employee’s interests that the government now fulfills the responsibility it has chosen to take on for this pay period.”

“The government’s objection is quite alarming. As we have made clear all week, time is of the essence for Baha Mar. Having Baha Mar succeed is extremely important to the long-term economic well-being of the country.

“We are working as hard as we can on as many fronts as possible to move matters along toward completion and opening of the Baha Mar project. Extensive efforts to reach a compromise with our lender and our contractor have been fruitless and if we are frustrated in taking advantage in The Bahamas of the US Chapter 11 process for very much longer, drastic and regrettable steps, including substantial staff reductions, will have to be taken.”

More information about Baha Mar’s voluntary undertaking of the Chapter 11 process is available at www.bmpathforward.com. Information for suppliers and vendors is available at 855-410-7357 (U.S.) or +1-646-795-6963 (International). The court case number is 15-11402. Milbank, Tweed, Hadley & McCloy, LLP and Kobre & Kim, LLP are acting as legal advisors, and Moelis & Company is acting as financial advisor to the filing entities. 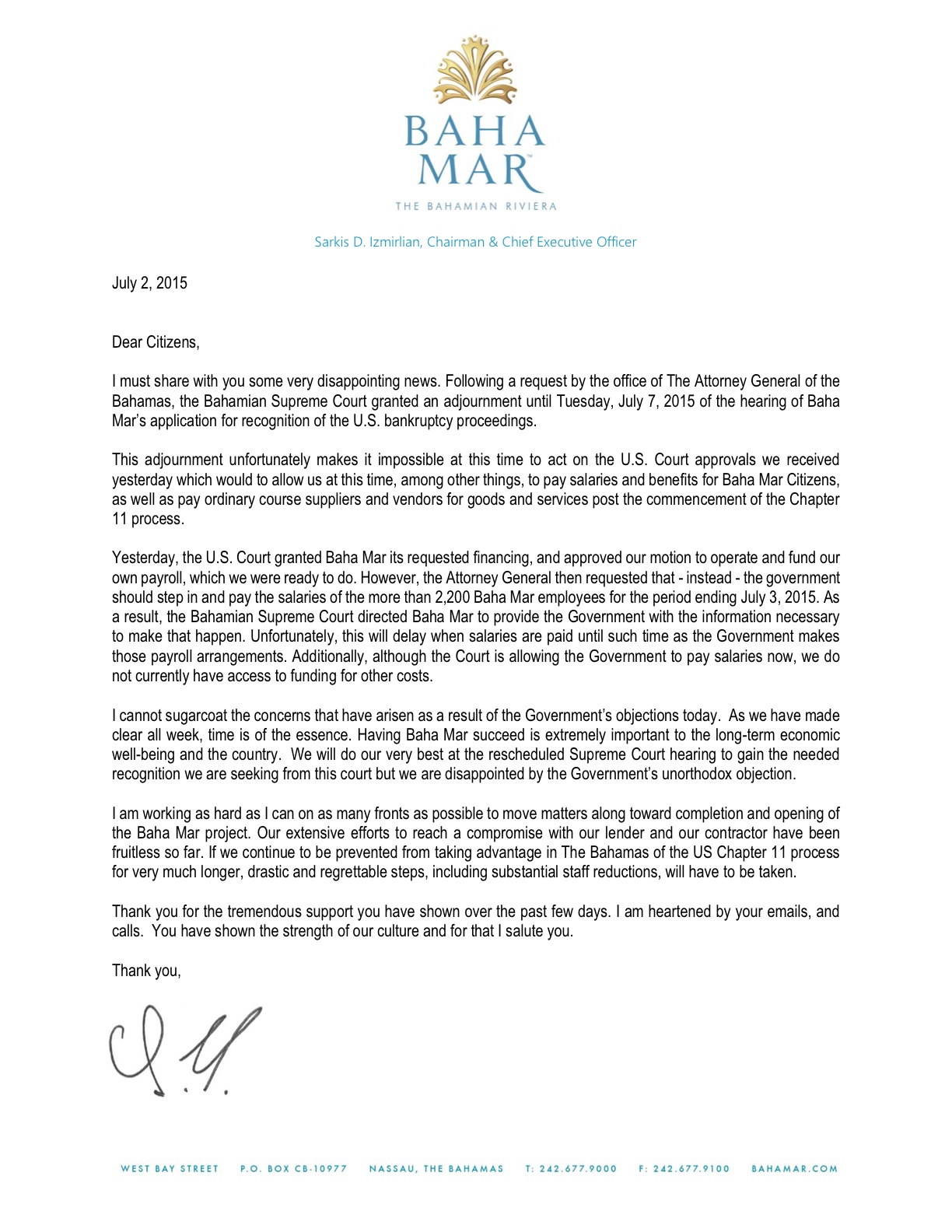 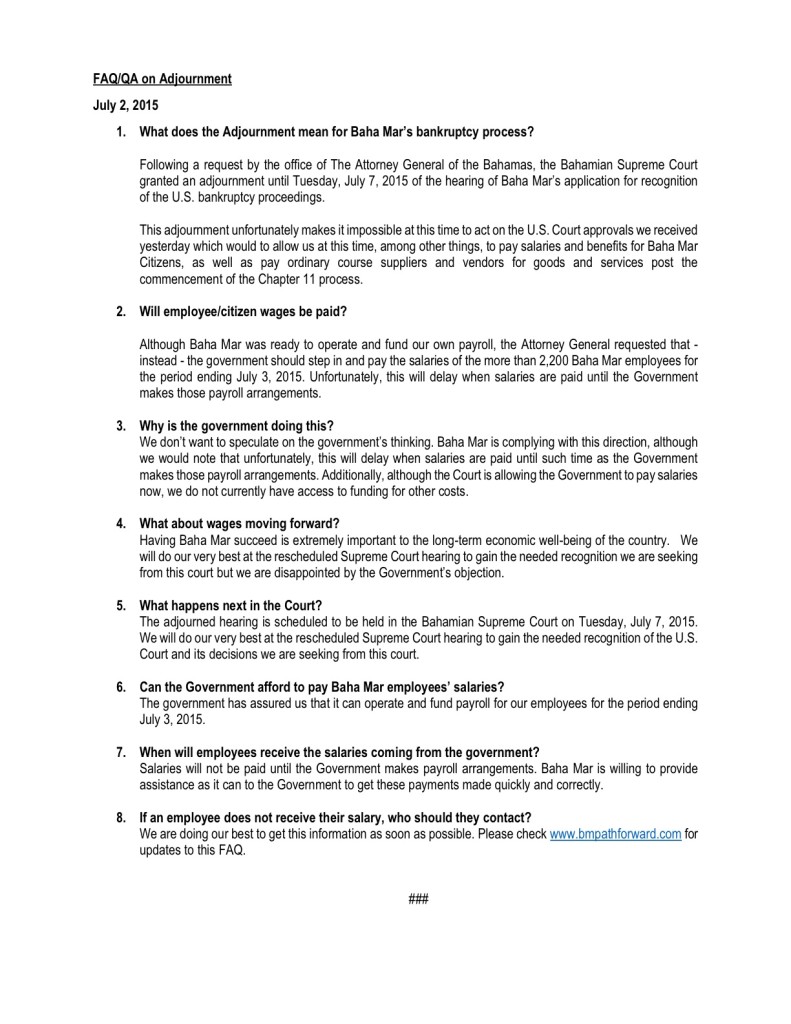 Americans have been warned to not to travel for their own public safety to the Bahamas which remains in a STATE OF EMERGENCY!

Hubert Minnis has now LOST CONTROL OF HIS GOVERNMENT as Cabinet locks to support the DPM in scandal come what may!

Dr. Timothy McCartney described as having the personification of Bahamian exceptionalism internationally

The Man in charge of YOUR money accused of creating false invoices and tax fraud in U.S. Court Case