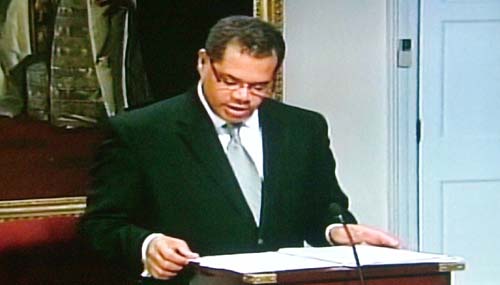 Minister of Labour and Social Development Dion Foulkes has intervened in the Morton Salt Companies Labour Dispute. Min. Foulkes this morning (August 11, 2008) met with Morton Salt Executives from Chicago Illinois and Misters Glen Bannister, Resident General-Manager, and Oscar Johnson, Jr. the Attorney for Morton Salt, to discuss the current impasse between the company and the union. Mr. Foulkes is leading a delegation to Inagua today to continue discussions with executives of the Union and their legal counsel Mr. Obie Ferguson

Minister Foulkes has urged both parties to exercise restraint during this “very delicate period of negotiations.” He was accompanied to Inagua by the Acting Director of Labour Mrs. Josephine Bennons and Mr. Charles Hunt, Labour Consultant.