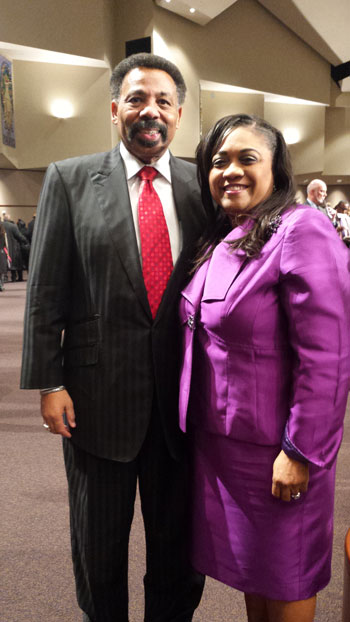 Washington, D.C. – The Hon. Paulette Zonicle, Bahamas Consul General to Washington, D.C., is pictured with Dr. Tony Evans, Senior Pastor to the over 9,500-member Oak Cliff Bible Fellowship in Dallas, Texas. Dr. Evans, a widely-syndicated radio broadcaster, was the guest preacher on Sunday, November 24, at the First Baptist Church of Glenarden in Upper Marlboro, Maryland, where the Consul General attends church. Dr. Evans is also founder and president of The Urban Alternative, a national organization that seeks to bring about spiritual renewal in urban America through the church. He currently serves as chaplain for the NFL’s Dallas Cowboys and is the longest serving NBA chaplain which he has done by serving the Dallas Mavericks for 32 years. 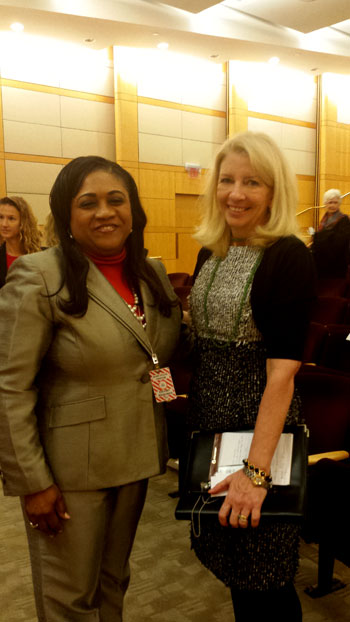