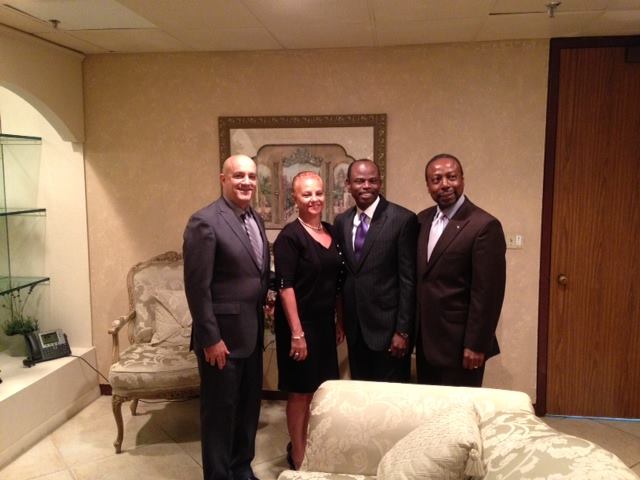 Consul General Treco was welcomed to The Faith Center by Bishop Henry Fernandez and the Bahamian community in attendance at the church service.

After the service Consul General Treco greeted Bahamian nationals who are members of The Faith Center Ministries and later attended a reception the home of Bahamian national Darlene Davis Hord and her husband Pastor Horace Hord.