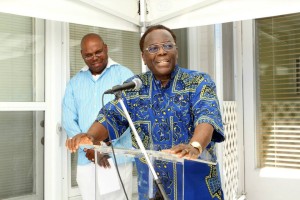 OTTAWA, 12 JULY 2014 – The Bahamas High Commissioner, His Excellency Dr. Calsey Johnson hosted a poolside reception in Ottawa, Ontario on 12th July for the Bahamian community, members of the Diplomatic Corps, Canadian officials and friends of The Bahamas from all over Canada, to celebrate the 41st Anniversary of Bahamian sovereignty and Independence.

Leading up to the event, the Bahamas High Commission held two screenings of Bahamian produced/directed films here in Ottawa.  The first film showcased on Monday July 7th was a sci-fi thriller entitled ‘Singularity Principle’ which was partly shot in The Bahamas. The second film screened on Wednesday July 9th, Womanish Way, Freedom, Human Rights and Democracy’, a documentary about the Women’s Suffrage Movement in The Bahamas which was directed by Bahamian Marion Bethel.  Ms. Bethel joined guests via skype to introduce the film and entertained questions at the conclusion of the film.

Deputy Chief of Mission, Mrs. Roselyn Horton delivered remarks on behalf of Prime Minister the Right Honorable Perry G. Christie and the Bahamian people.  In his remarks, Prime Minister Christie stated, “I have declared 2014 as the Year of Culture with a view to celebrate our cultural identity, which defines us as a people. We have chosen to celebrate this our 41st anniversary under the theme, “Celebrating our culture: A commitment to peace,” this gesture is intended to symbolize the significance of our cultural identity and give rise to highlighting those icons who would have been instrumental in personifying the ethos of Bahamianism.“ 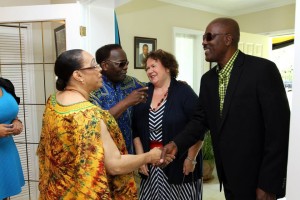 The event also served as an opportunity to formally announce the appointment of Dame Marguerite Pindling as Governor General of The Commonwealth of The Bahamas who sent written remarks, which were delivered by His Excellency Dr. Calsey Johnson.  She stated “this year, as we trend towards the 50th Anniversary of our Independence in a few short years, we are celebrating the great cultural heritage of our nation.  Most people would agree that as a small nation we have the distinction of having a vibrant culture that is deeply embedded and that springs from the uniqueness of our history.  We have produced musicians, painters, sculptors, dancers, singers, actors and authors and the list goes on. As a part of our cultural heritage we have to preserve the legacy of so many of these cultural icons, some of whom are well-known while others need to be brought to the notice of our citizens before memory of them fades away.”

The Minister of Foreign Affairs and Immigration, Hon. Frederick A. Mitchell also sent written remarks on behalf of the people and Government of The Bahamas.  In his remarks he noted “The generation before us entrusted us with an exceptional nation that continues to prosper and serve as a paragon of prosperity in the region. Our efforts must remain reciprocal so we must in turn bear a commitment to our forefathers’ achievements by passing the baton onto the next generation. The groundwork has been laid out. As a fellow commonwealth nation, The Bahamas has had a long history with Canada and is home to many of our citizens. Canada has become a popular destination for many of our university students. In doing so, Canada has contributed to the education of our future leaders.”  He applauded the exemplary efforts made by Foreign Service Officers, who continue to strive and proudly represent the Bahamas internationally. He stated that in this age of globalization, it is imperative that as a nation The Bahamas remain internationally competitive and he firmly believed that the various missions have effectively done so. 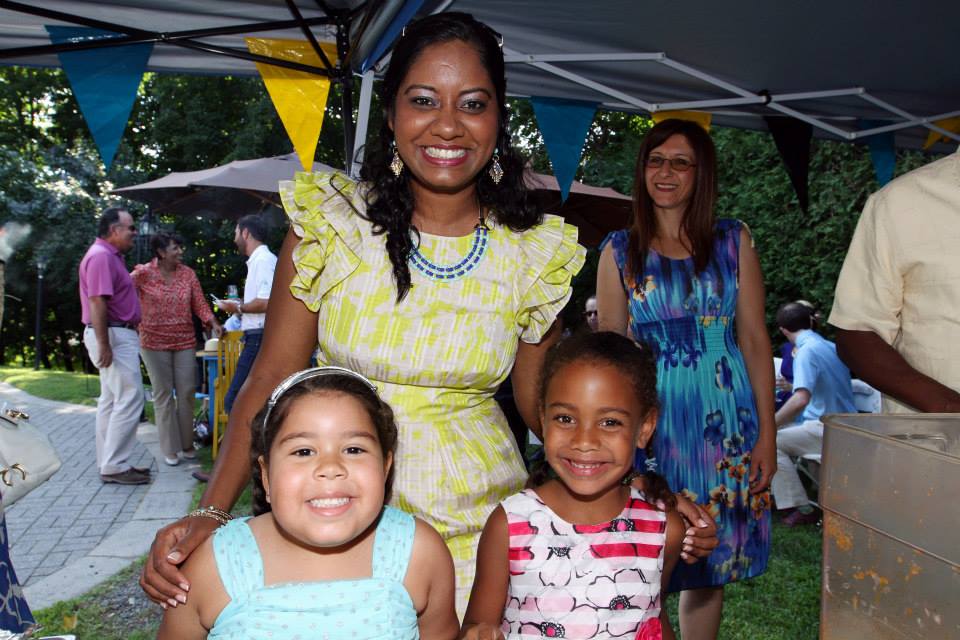