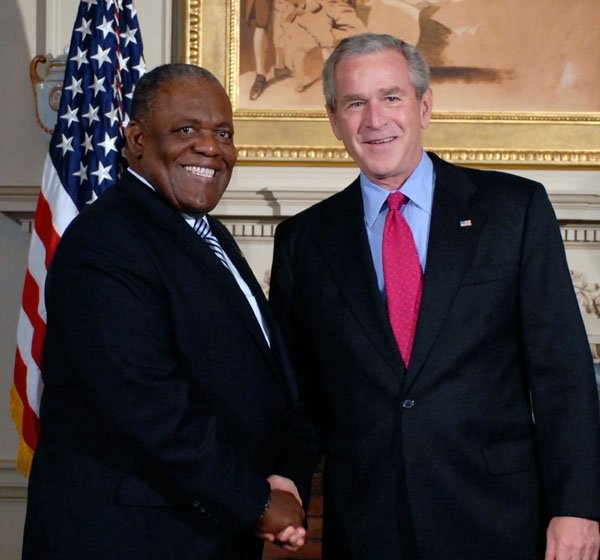 New York, USA – When it comes to lobbying the U.S. government, several Caribbean nations continue to pay big money to D.C. companies to push their individual agenda, CaribWorldNews has ascertained.

As several congressional members and the White House has vowed to clamp down on  U.S. financial companies who set up off-shore corporations in Caribbean tax havens, lobbyists are being paid big bucks to `lobby,` according to the Foreign Agents Registration Act reports, released by the U.S. Justice Department and analyzed by CWNN.

The latest report available for 2008 shows that overall, for those Caribbean nations reporting, some two million dollars was spent in lobbying fees for the very first few months of 2008 alone. The Bahamas government leads the way when it comes to shelling out for lobbyists. The country alone paid US$1,141,693.75 to CMGRP, Inc., a D.C.-based company, for lobbying and to help develop and execute tourism promotions for the islands. That fee was just for six month period ending June 30, 2008.

The Government of the Republic of Trinidad & Tobago followed behind, paying $650,000.00 for the six month period ending February 29, 2008 to AGA Group, LLC of D.C. The service request? To contact U.S. Government officials, members of Congress and congressional staffers to discuss restorations of benefits under Article 98, non NATO member ally status, bi-lateral trade, military assistance, and energy security, according to the FARA Report.

Bermuda  spent $177,678.59 for the six month period ending April 30, 2008 with Levine & Company, of Bethesda, Maryland to `monitor congressional and executive branch activity in the area of investments and tax policy.`

`The registrant also met with various members of Congress, and congressional staffers to discuss Bermuda-U.S. relationship, as well as investment and tax policy legislation,` according to the FARA filing.

Bermuda`s government also paid Darlene Richeson & Associates, LLC of Woodbine, Maryland, $53,809.18 for the six month period ending January 31, 2008 to advocate investment and tax policy and to work to improve relationships between the United States and Bermuda and represent `the foreign principal before Congress.`

Barbados, a haven for off-shore financial companies, paid up $107,070.91 for the six month period ending February 29, 2008 to another D.C. firm, Berliner Corcoran & Rowe, LLP. That fee was, according to the FARA report, for `the registrant to monitor proposed U.S. legislation targeting tax havens and U.S. responses to the World Trade Organization’s decision on Internet gambling.`

The Cayman Islands, another off-shore haven that could also be affected by tightened U.S. policies, paid $116,000 for the six month period ending April 30, 2008 to Fleishman-Hillard, Inc. of St. Louis, Missouri. They contacted members of Congress, U.S. Government officials, and media representatives regarding issues specific to the Cayman Islands.

`The registrant also attended the markup of H.R. 3996, the Temporary Tax Relief Act of 2007, and checked the status of various legislation that would impact the foreign principal,` stated the FRA report, and presented memos and summaries weekly.

The British Virgin Islands paid $25,000 for the six month period ending March 31, 2008 to Lester S. Hyman of Washington, DC for `legal and consulting services` while the government of the Dominican Republic paid $66,925.65 for the six month period ending January 31, 2008 to D.C. firm Balch & Bingham LLP to lobby for their sugar operations and other private sector members of the Dominican Sugar Commission in matters relating to the U.S. sugar quota.

Even Haiti, which continues to appeal for international aid, was paying lobbyists as of last year. The FARA report shows Haiti paid $46,167.54 for the six month period ending January 31, 2008 to Sandler, Travis & Rosenberg, P.A. of Pennsylvania to interact with U.S. officials in the Administration and Congress regarding the implementation of Haitian Hemispheric Opportunity through Partnership Encouragement Act (HOPE) .

And another $122,666 was paid to Sorini, Samet & Associates, LLC of Illinois for the six month period ending May 31, 2008 to help in the `preparation of memoranda, analyzing trade data, working on proposals for such amendments and related technical input, and scheduling meetings and various email exchanges with congressional offices, and some other non-governmental institutions.`