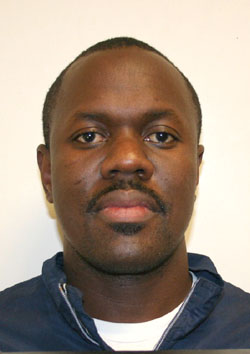 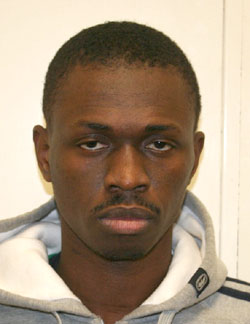 Bahamas Press  monitored by the SIB? But what about these two officers from Grand Bahama who was caught on camera stealing from a hotelier on that island. We would guarantee $1 million they are still on bail, UNTRIED, walking around UNMONITORED by the SIB, but writers of Bahamas Press are? Now someone please tell us what is wrong with that picture?

Nassau, Bahamas: Dear friends we intend to investigate this further as our DEEP THROAT in the RBPF has informed us that several of our writers are now being monitored by this branch of the government.

We are not surprise of this news  in ANY WAY. However, the colossal errors of the INGRAHAM Government cannot be silence. Bahamas Press confirms to members of the Gestapo RBPF, that our support of the INCOMING PRESIDENT OF THE US was INTENTIONAL.

And since several of our writers have experienced some serious security breaches, we accepted that protection for BP’s independence cannot be taken for granted.

We have advised our loved ones that NONE OF US BELIEVE IN SUICIDE AND since now today we confirm being monitored by the branch of INGRAHAM’s Gestapo POLICE, we will begin to make contact with our GLOBAL partners who will make certain this monitoring can ONLY be a clause of protection for us and not censorship or a pending threat.

We will monitor this closely and advise you our global partners of what our intelligence further reveal to us.

We want those who fight against Bahamas Press [INCLUDING THE WUTLESS ‘TOILET PAPER’ TRIBUNE and their Muppet Show goons who sit on Shirley Street] to know that BP cannot be stopped! We are NO CRIMINAL! BP EXPOSES CRIMINALS, including some who sit on the government side in the parliament!

We are performing the job, MANY who practise in media in this country have failed to do, where they have become the WUTLESS BUNCH! They cannot report the news straight anymore, and have left members of the public CONFUSED!

We remind members of the Gestapo Police, The Tribune and Hubert Ingraham that a  country runs BEST when there is a FREE PRESS! It functions best when MPs like Carl Bethel can come to accept that what we say on this blog is TRUE, and someone in his house should be answering to the letter of the LAW!

A country runs BEST when members of the WUTLESS MEDIA accept that they are to report the news OBJECTIVELY, and not be in ATLANTIS EXECUTIVE OFFICES IN PRIVATE MEETINGS RECEIVING INSTRUCTION AS TO HOW TO REPORT THE MASS FIRINGS AT THE HOTEL.

And finally, a country runs BEST WHEN MEMBERS OF THE POLICE STOP TELLING REPORTERS THEY ARE INVESTIGATING A MATTER, WHEN THEY KNOW FULL WELL THAT A CAPITAL CRIME HAS BEEN COMMITTED!

We want you, our readers to know however, our voices will not be hushed, ours is a simple duty, to TELL IT LIKE IT IS, RAW and unedited. Practising in this way, we have inherited at BP over 790,000 readers. For as the song goes, “Ain’t No Stopping us NOW!”