Victim in this second murder incident is 30-year-old Jayson Major….. 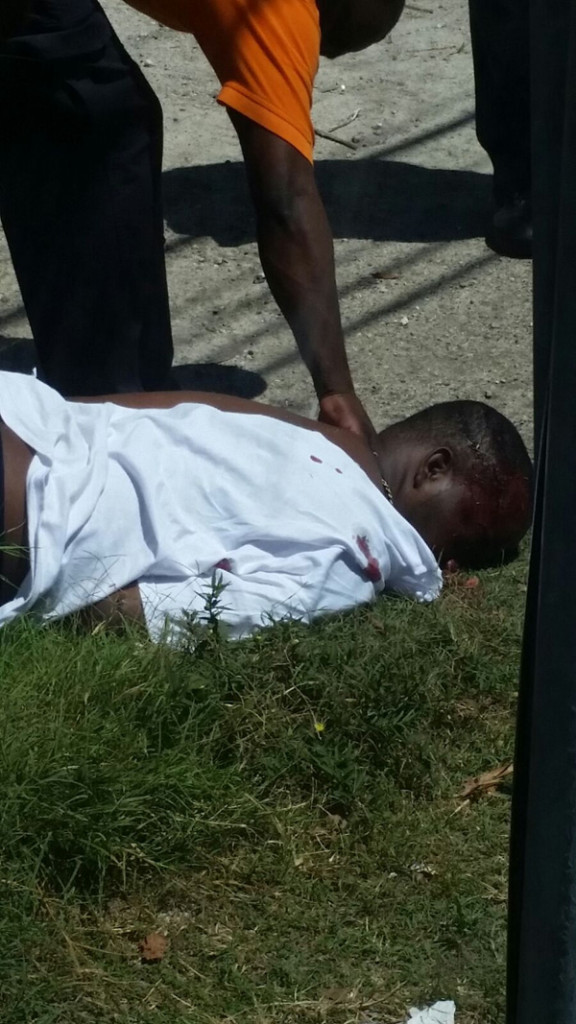 Sources now on the ground have identified the victim as 30-year-old, Jayson Major, a resident of South Beach.

“What we see unfolding are just a gang of gun totting crazy young men with no concerns for consequences. Murderous barbarians who have no respect for the law,” one observer noted at the bloody scene.

Major we can confirm had been previously arrested on a drug possession charge.