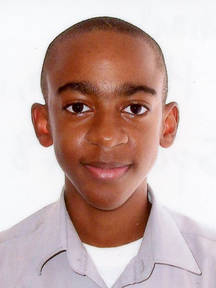 Bee Week 2015 will take place May 24–May 29, with the onstage rounds of competition scheduled for May 27 and 28 in the Maryland Ballroom within the Gaylord National Resort and Convention Center in National Harbor, Maryland.

Hamilton, a 12-yer-old eighth-grade student of St. Anne’s School in Nassau, is being sponsored by the Nassau Guardian. He the only boy among the 20 finalist in the 18th Annual Bahamas National Spelling Bee on March 22 in the Crown Ballroom at Atlantis, but he emerged as the overall winner.

Here’s what his profile of the Scripps Spelling Bee website states: “Charles doesn’t bat an eye at 864 pages; in fact, his favorite book, Tolstoy’s Anna Karenina, is just that long. When he isn’t reading, Charles also enjoys putting in time figuring out riddles and solving puzzles. His other hobbies include swimming and playing soccer, and he aspires to be as great as his favorite soccer player, David Beckham. In his free time, Charles loves listening to music from the likes of Freddie Mercury and playing both the guitar and piano.”

Its purpose is to “help students improve their spelling, increase their vocabularies, learn concepts, and develop correct English usage that will help them all their lives.”

Among the prizes the champion will receive this year are:

•From Scripps, a $30,000 cash prize and the Scripps National Spelling Bee engraved trophy

•From Merriam-Webster, a $2,500 U.S. savings bond and a complete reference library