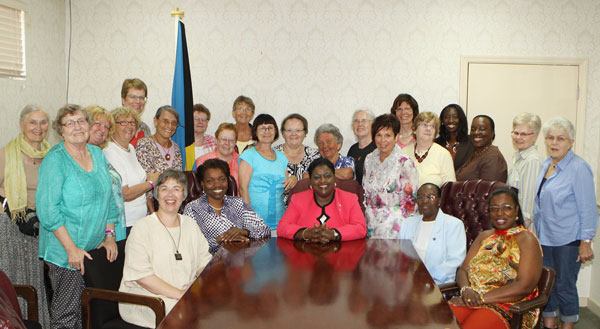 According to the group’s website, “World Day of Prayer is a global, ecumenical movement of Christian women joined together to observe a common day of prayer each year on the first Friday of March. Our motto of ” Informed Prayer & Prayerful Action ” signifies that prayer and action are inseparable.” The 2014 gathering was held in Egypt in March.

The Minister received the women, who are from various Christian denominations on Tuesday April 22, 2014 during a Courtesy Call at the Ministry’s Headquarters in the Post Office Building, East Hill Street.