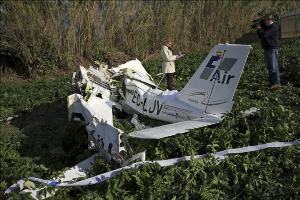 CARACAS – A Bahamian suspected of trafficking drugs from South America is just another victim of the illicit illegal trade across the region and once again tragedy hit home for another family, who’s relative laid victim.

A small plane carrying drugs crashed into a mountain in the northwestern state of Lara, killing the Bahamian pilot, the Venezuelan Interior Ministry confirmed Wednesday.

“We presume that (the small plane) went down too low to evade radar and crashed in the La Trinidad sector, on the Las Lagunitas ranch, city of Moran in Lara state, which is a mountainous area,” Deputy Interior Minister Nestor Reverol told reporters.

Air defense radar detected the plane as it flew from the southern state of Amazonas, which is on the border with Colombia, through Apure state and into Lara, where it crashed around 9:30 p.m. on Tuesday, Reverol told state television.

National Guard troops from the drug enforcement command and Lara state police are investigating the crash.

“A drug seizure has been made. Four bales. We do not have the exact quantity,” the deputy interior minister said.

Bahamas Press sources on the ground investigating the mishap have confirmed the pilot in this tragedy is indeed Captain Allen King.

He resides in New Providence and is believed to have own the aircraft.

We can confirm relatives have been contacted following the mishap and a complete identity of the victim is being concluded.

Just this week US President Barak Obama listed the Bahamas as a haven and transit point for the illegal drug trade.

Two months ago three Bahamians stole an aircraft at LPIA and illegally landed in Haiti. The men were detained along with the aircraft as authorities suspected they were trafficking drugs from the country.