Nassau, Bahamas — Royal Bank has done it again. Yes as we reported earlier, the bank has a habit of bending over backward to reward BAD BEHAVIOUR, whilst longstanding, decent and hardworking employees at the bank cannot see the light of day. The latest casualty last week was Mr. Kieth Lloyd, former RBC bank manager at the Prince Charles branch. Bankers are being terminated in the Bahamas, and  Bahamians should become concern with this interesting new trend!

Bahamas Press is appalled to know that RBC has decided to axe such a loyal and committed banker, whilst gun totting gangsters like Toure’ Holder remains at large inside the bank, hidden under the protective cuddle of the WUTLESS Ross Macdonald! “It is amazing indeed to see how the bank would axe honest and noble men and women bankers, who have done everything to lift the integrity and service of the bank, whilst keep and promote those who has done everything to do opposite,” our ‘deep throat’ deep inside the bowels of the fourth floor of Royal House said.

In case they (RBC OPERATORS) have forgotten what their SPOIL  BRAT BANKER HOLDER has done, we at Bahamas Press have seen the need to reprint a segment of our personal account from “Woody Big Wood Moore” now in St. Kitts.

From our story we understand that is all began in St. Kitts. It was here his wife [Toure’ Holder’s wife] met Lee Moore’s close relative who told BP he wants to go by the nom de guerre “Woody Big Wood Moore”. We agreed and we now provide in his own words the narrative of the affair and his near death experience at the hands of Mr. Holder. 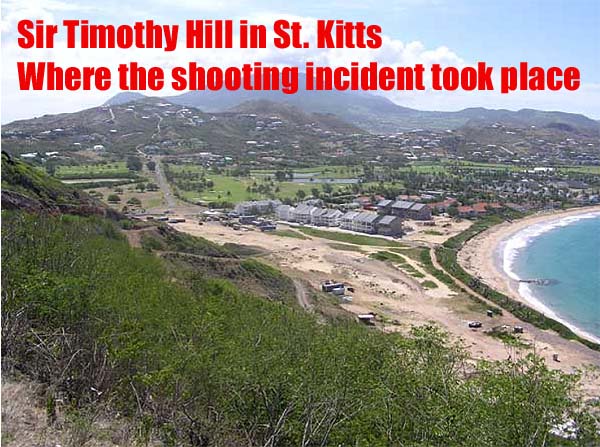 ” …the bank mon came to town and was carrying on like a big shot, he moved in the big power circles with the top police and Govt people them, i use to hang out at the Goombay Hut and hep he wife close up. The women was lonely and one night she had too much to drink and me fix she business for she. We start doing it regular and she say she like ma wood as she fella had a small ting. after bout six months some man talk on me and she, ma took she in she jeep to Timothy hill to drill her, she husband show up as me was putting good hard backshots on she, he fainted wen ma recoiled ma anaconda outta  she, he ten catch he sef and gone get he gun he start to shoot like a crazy mon, ma and the wife had just enough time to jump in she jeep bald naked and wail tail from there. He shoot after the jeep. ma gone in hiding for 3 weeks cause ma know he tight with them govt officials and the police. the mon near kill ma and he wife and was not locked up or charge, ma know a deal gone down, money was paid, ma dont know if by the bank or him, but a deal gone down. Ma miss he wife but ma scared that is why please dont use ma name.”

Get it right Royal Bank, GET IT RIGHT, and STOP TREATING YOUR DECENT EMPLOYEES IN SUCH A “VICKED” FASHION! Solidarity for EVER, UNION IS COMING TO RBC (BAHAMAS) SOON!